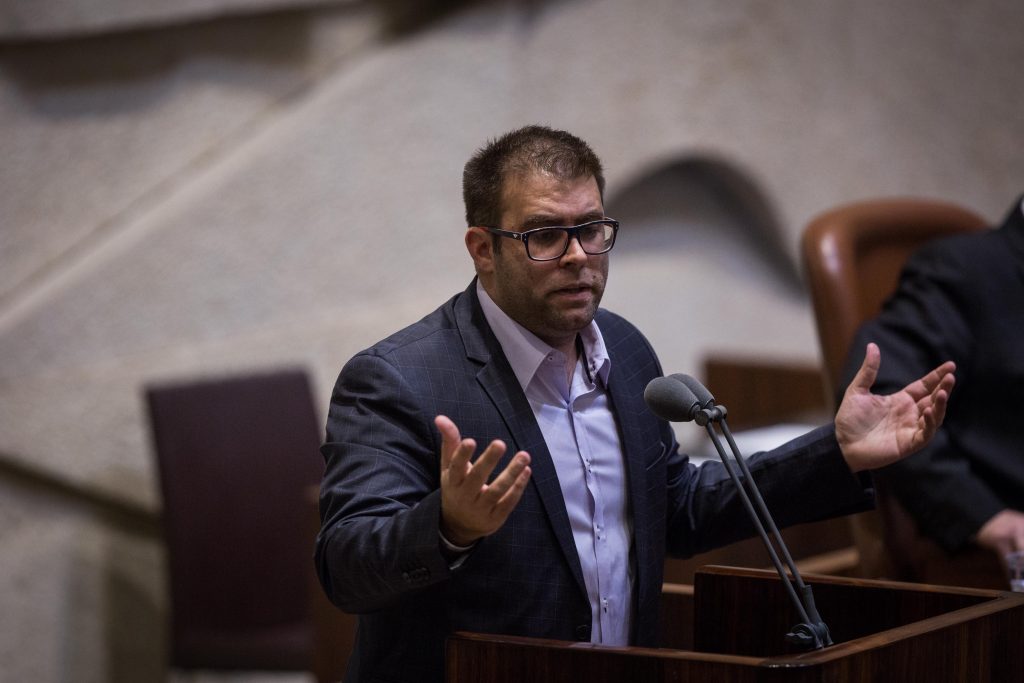 The Knesset Ethics Committee decided Wednesday to suspend MK Oren Chazan (Likud) from the Knesset plenum and the committees in which he is a member of for the next six months.

MK Chazan’s salary will also be revoked for a week. The decisions against him were made in light of five complaints submitted by MKs from several factions in the Knesset.

Chazan will still be able to participate in votes in the Knesset plenum but will not be able to speak, submit bills, or propose motions or questions.

The complaints against Chazan were raised, among other things, due to his shouting at MK Jamal Zahalka (United Arab List) in the Knesset corridors, and also due to the fact that he offended MK Biran (Zionist Camp).

In addition, Chazan made chicken noises to MK Ahmed Tibi (UAL) and called for “sewage” for MK Abd al-Hakim Haj Yahya (UAL) during a debate on a bill that allows for the return of terrorists’ bodies.