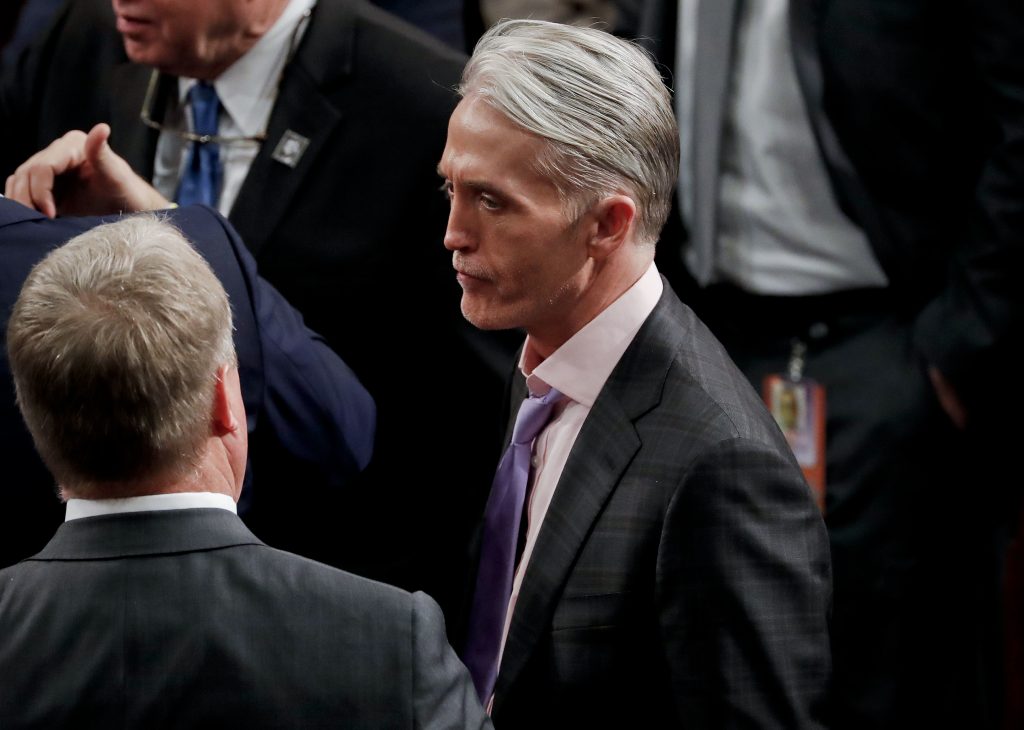 U.S. Representative Trey Gowdy, chairman of the powerful House Oversight committee, will not run for re-election this November, he announced on Wednesday, becoming the latest high-profile Republican to retire from Congress.

Gowdy, a 53-year-old former prosecutor and Christian conservative, said he would be returning to the justice system.

“I will not be filing for re-election to Congress nor seeking any other political or elected office,” he said in a statement. “Whatever skills I may have are better utilized in a courtroom than in Congress, and I enjoy our justice system more than our political system.”

Gowdy joins 40 other House Republicans, many of them in senior positions, who have left the current Congress or will not run again. Initially some went to jobs in the administration of President Donald Trump. Others are leaving to run for another office or retire from politics during speculation that an anti-Trump backlash could fuel a Democratic comeback in midterm congressional elections in November.

Gowdy, from South Carolina, is the ninth Republican committee chairman to call it quits. House Appropriations Chairman Rodney Frelinghuysen just announced plans to retire on Monday. Others include Bob Goodlatte, chairman of the Judiciary committee, and Jeb Hensarling, chairman of the Financial Services Committee.

Gowdy, who led the controversial House probe into the 2012 attacks on the U.S. diplomatic outpost in Benghazi, Libya, is in his fourth term. He became Oversight Committee chair last June, when his predecessor in that role, former Representative Jason Chaffetz, also retired from Congress.

One of Gowdy’s first acts as Oversight chairman was to tell reporters the panel would not be investigating Russia’s meddling in the 2016 election or questions about whether Trump obstructed justice.

Former U.S. House Speaker John Boehner, before he retired in 2015, tried to persuade Gowdy to run for speaker as his replacement, according to a former senior House Republican aide who asked not to be named. He said Gowdy turned down Boehner’s plea.

Gowdy spent two years delving into Benghazi, in a probe used to attack presidential candidate Hillary Clinton’s national security credentials. The investigation spent months scrutinizing Clinton’s actions, including her use of a private email server while secretary of state; Democrats called it a political vendetta.

Gowdy, who is also on the intelligence and judiciary committees, did not initially endorse Trump for president in 2016, instead favoring Senator Marco Rubio. Gowdy was elected to Congress in 2010, on the wave of the Tea Party movement.