Israel EU Urges U.S. Not to Go It Alone in Mideast Peacemaking
Israel 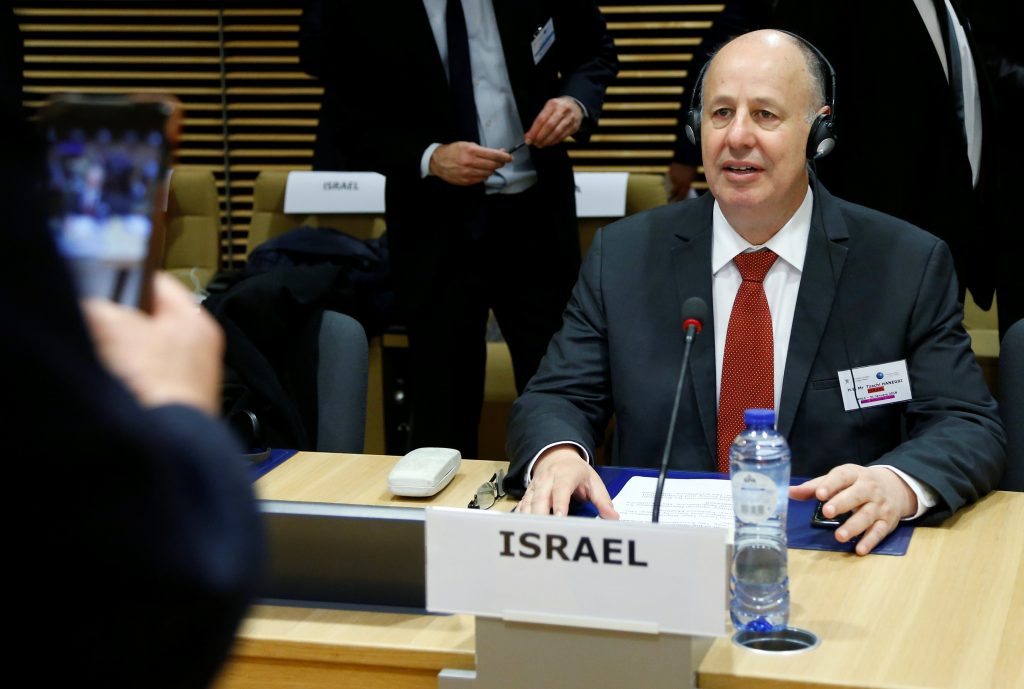 The European Union on Wednesday urged the U.S. to not go it alone in any effort to make peace between Israel and the Palestinians, warning that doing so would end in failure.

“Any framework for negotiations must be multilateral and must involve all players — all partners — that are essential to this process. A process without one or the other would simply not work, would simply not be realistic,” E.U. foreign policy chief Federica Mogherini said.

Her comments came at an emergency meeting of an international committee coordinating Palestinian development aid and political efforts. Government ministers from Israel and Egypt, as well as the Palestinian Authority prime minister and a U.S. senior official, attended the talks.

The Ad Hoc Liaison Committee meeting was the first of its kind since President Donald Trump recognized Yerushalayim as Israel’s capital.

Norwegian Foreign Minister Ine Eriksen Soereide, who chaired the talks, said participants agreed to support any initiatives that would re-launch talks on resolving final status issues, including borders, security for Israel, the rights of Palestinian refugees and Yerushalayim.

“We cannot achieve the state building goals until we have negotiations on the outstanding final status issues,” she said.

Soereide said she was “cautiously optimistic” about the chances for peace, “but I underline cautiously because we know that there is a lot of things that need to be done to push this process forward.”

She noted that “increased financial support is urgently needed.”

Israeli Regional Cooperation Minister Tzachi Hanegbi told reporters that his country has plans for a series of projects like electricity grid expansion, sewage treatment and a desalination plant for the impoverished Gaza Strip; but Israel wants international money to fund it.

As the meeting began, the E.U. announced a new funding package of 42.5 million euros ($53 million) to help the Palestinians build their new state. It includes substantial support in East Yerushalayim, which the Palestinians hope to make their future capital.

Mogherini said “this is a difficult moment” for the region. She expressed hope that Wednesday’s meeting would help in “restoring some trust and a level of confidence” among all those aiming to promote peace.

The Ad Hoc Liaison Committee is set to meet again in Brussels in late March and in New York in September.

In Slovenia, meanwhile, officials have delayed a decision on whether to recognize the Palestinian territories as a separate state after pressure from Israel and the United States.