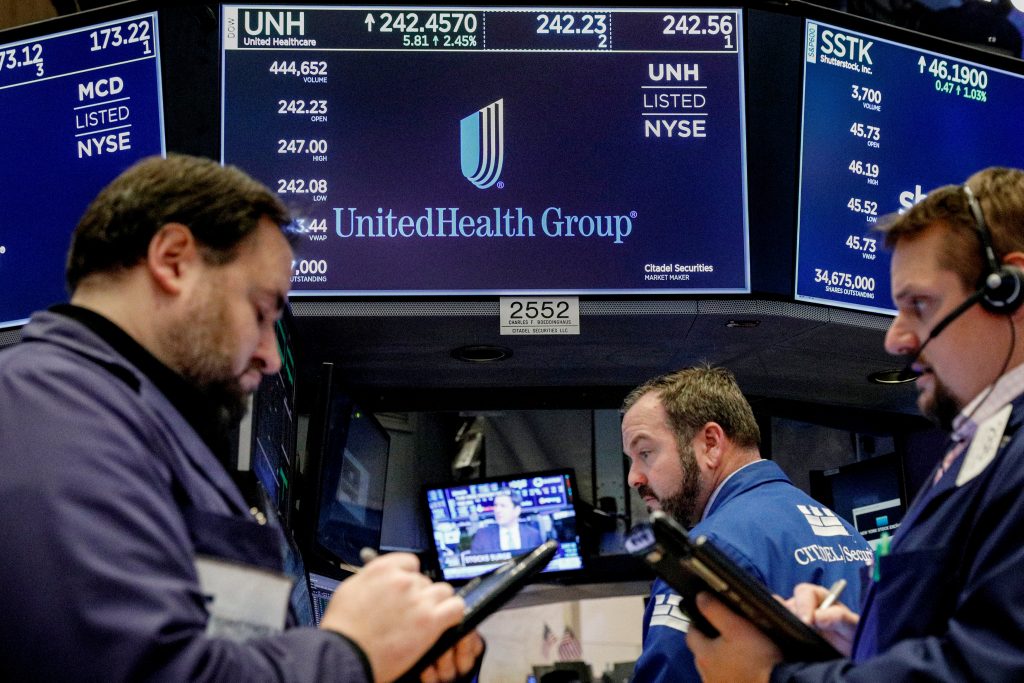 A surge in Boeing led Wall Street out of a two-day slump on Wednesday, but U.S. stocks pared gains in early afternoon trading as investors awaited the Federal Reserve’s comments to gauge the future path of monetary policy.

The Fed is expected to leave interest rates unchanged and signal a gradual tightening of monetary policy later this year as the economy continues to expand and job gains remain solid.

The Fed’s statement, due at 2 p.m. ET, will also be parsed for the central banks’ gauge of inflation, which remains below its target, the risks to economic outlook, and any assessment of the impact of the U.S. tax overhaul on growth.

“There is some nervousness ahead of the Fed statement,” said Michael Antonelli, managing director of institutional sales trading at Robert W. Baird.

“In general, people are a lot more concerned about a hawkish tone from the Fed. While the market has priced in three rate hikes for 2018, if the economy continues to firm up and earnings remain solid, the possibility of a fourth-rate hike definitely becomes more firm.”

In another sign of a strong labor market, an ADP report showed the U.S. private sector added more jobs than expected in January. The report comes ahead of the more comprehensive non-farm payrolls data on Friday.

The Dow had tumbled nearly 540 points over Monday on Tuesday amid a broad market sell-off as U.S. Treasury yields surged.

But, the blue-chip index clawed back as much as 200 points earlier on Wednesday. That came as Boeing surged 6.9 percent to record high after the planemaker’s full-year profit forecast easily topped estimates.

The jump in Boeing’s shares, the biggest weight in the price-weighted Dow and the S&P, helped the industrials sector rise 0.75 percent, the most among the 11 major S&P sectors.

Anthem’s strong results and forecast sent its shares up 1.5 percent and also boosted other health insurers, a day after the group and other health stocks were hit by news of Amazon.com’s healthcare plans.