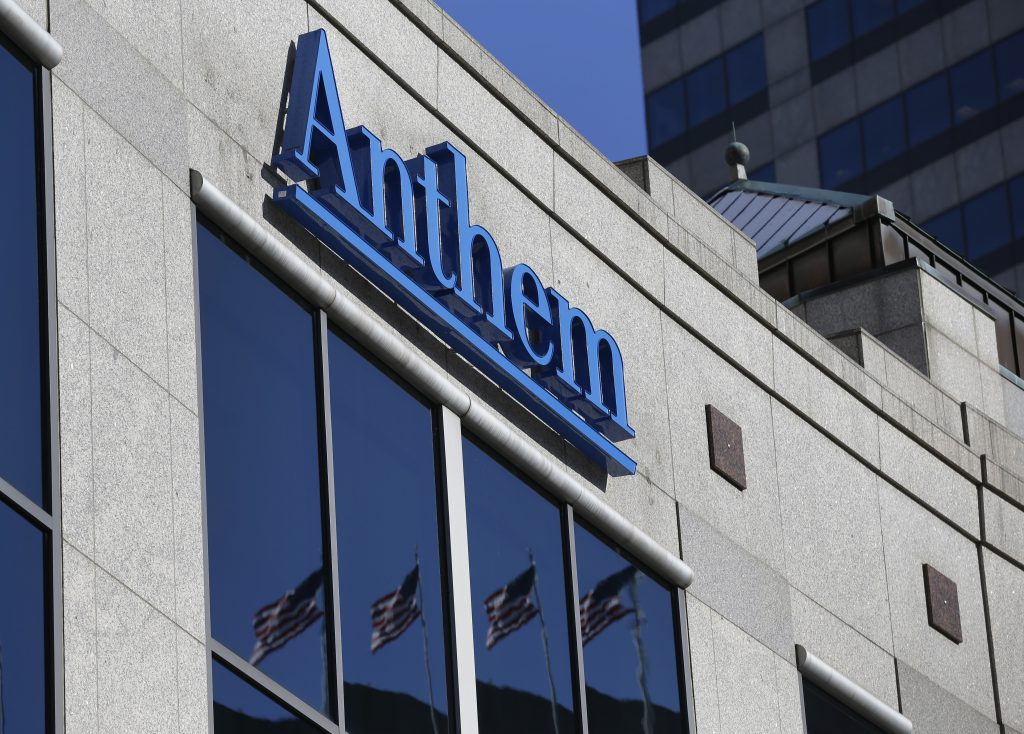 The nation’s second-largest health insurer also announced on Wednesday a 2018 forecast that topped the average expectation on Wall Street and hiked its dividend by a nickel. Company shares jumped higher than the broader market after trading started.

Medical claims, by far the insurer’s biggest expense, rose 6 percent to $18.67 billion in the quarter.

Overall, the insurer’s profit surged to $1.23 billion, with adjusted earnings coming in at $1.29 per share.

That was 4 cents better than Wall Street had expected, according to a survey by Zacks Investment Research.

In 2018, Anthem expects adjusted earnings to exceed $15 per share.

The Indianapolis insurer also said Wednesday that it would bump the quarterly dividend it pays shareholders up to 75 cents a share starting in March.

Company officials also said during a conference call with analysts that CVS Health Corp. remains very engaged in a partnership that will help Anthem run prescription drug coverage. The two companies announced in October that they planned to team up as Anthem creates a pharmacy benefits manager called IngenioRx starting in 2020.

Shortly after that announcement, reports first surfaced that CVS was interested in buying another insurer, Aetna Inc. That deal was then announced in December.

Anthem shares jumped 2 percent, or $5.62, to $249.06 Wednesday morning. That recaptured some of the value the shares and other health care stocks lost Tuesday, when Amazon, Warren Buffett’s Berkshire Hathaway and the New York bank JPMorgan Chase rattled stocks in the sector by announcing a new venture into health care.