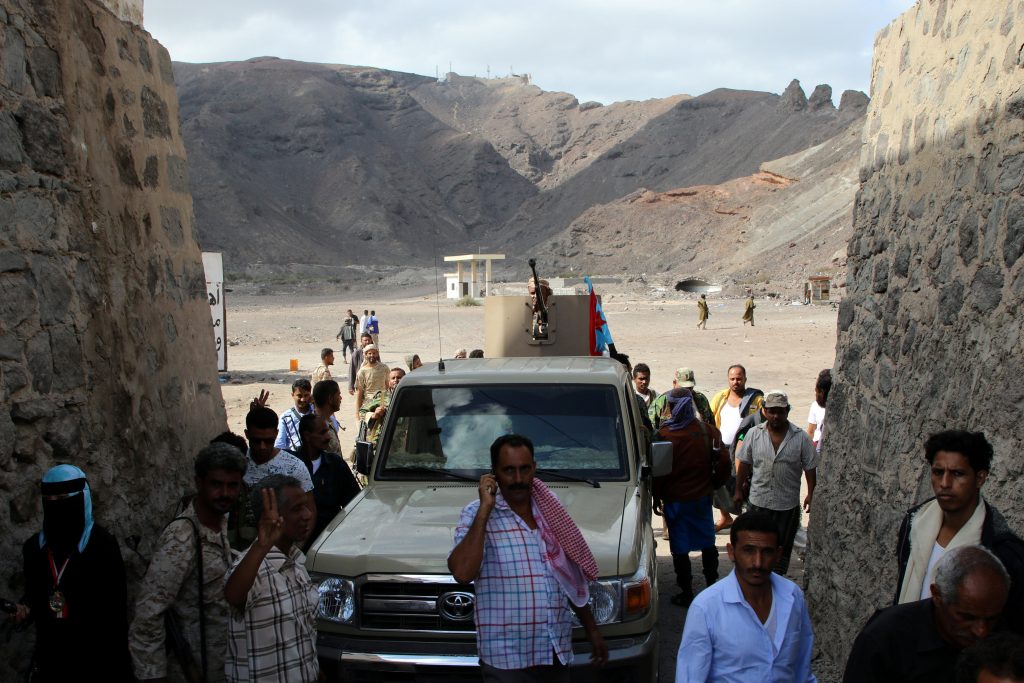 The UAE is a major component of a Saudi-led military coalition of Arab states that has supported Hadi’s government since the Houthis seized much of the country, including the capital Sanaa, three years ago. Hadi’s government operates out of Aden, while he lives in Saudi Arabia.

Residents said forces loyal to the Southern Transitional Council (STC), formed last year to push for the revival of the former independent state of South Yemen, seized the last stronghold of Hadi’s Presidential Protection Forces in the Dar Saad area of northern Aden, in battles that at times involved heavy artillery and tank fire.

Witnesses said hundreds of people danced and sang as they celebrated the STC victory with fireworks that lit the night skies over Aden. The crowd chanted slogans demanding restoration of the southern state.

The fighting began on Sunday after a deadline set last week by the STC for Hadi to dismiss bin Daghr’s government, which the STC accused of corruption and mismanagement. The government denies the allegation.

Sources at the STC said negotiations were underway to allow bin Daghr’s government to leave the city safely, but a government source said bin Daghr had no intention to leave Aden.

The factional fighting in the south compounds the misery of Yemenis whose country has been torn apart by three years of conflict between Hadi’s forces and the Houthis, which has also opened the way for Islamist militants to widen their influence.

In the southern Shabwa province, at least 12 soldiers from another local force trained and backed by the UAE were killed in a bomb and gun attack on their outpost, residents and officials said.

While no one claimed responsibility for the attack, it mirrored previous operations by al-Qaida in the Arabian Peninsula.