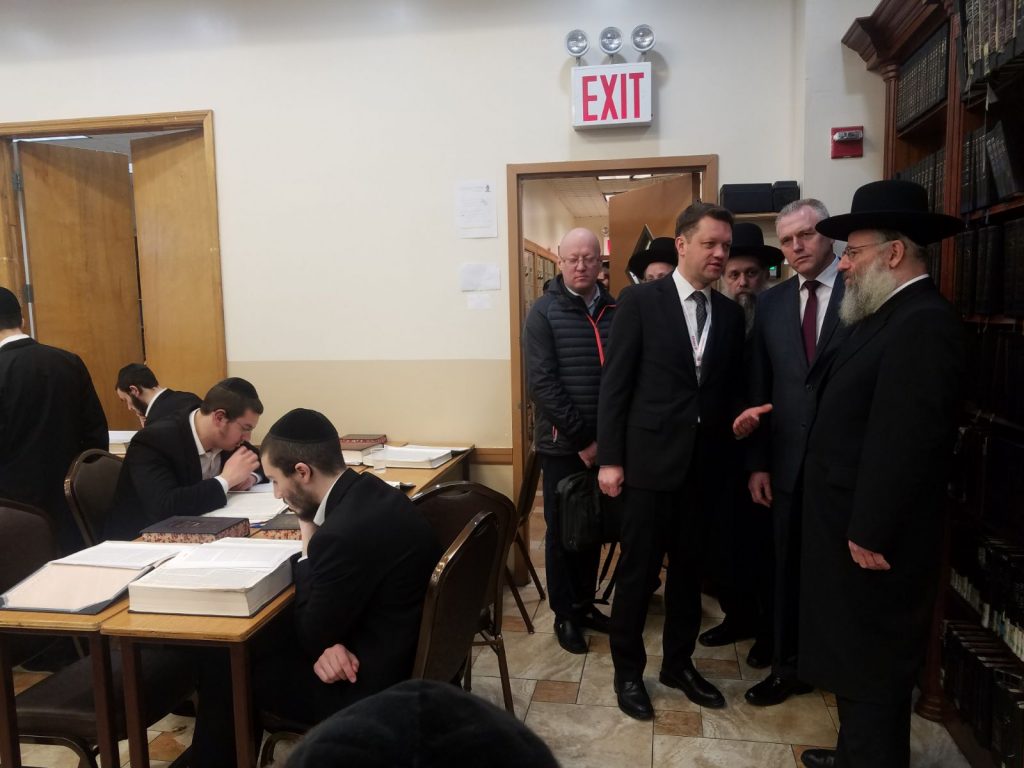 American visitors to towns legendary to the Torah world such as Radin, Mir, Brisk, Grodna, Stolin and Minsk will find a friendly face when arriving in Belarus.

On Sunday, a top Belarusian tourism official, visiting Yeshivah Karlin Stolin — a Boro Park yeshivah with origins in the eastern European country — assured potential visitors that the government was committed to welcoming them on their travels to the country’s ancient holy sites.

“We will do everything possible to enhance your travels to your ancient homeland,” said Viktor Cherekovich, the consul general in New York, standing next to and speaking for Mikhail Portnoi, his country’s deputy minister of sports and tourism.

“During every visit of yours to the consul,” Cherekovoch added, his hand on his heart, “I take close to my heart knowing that you are my countrymen.”

Long a pariah nation, Belarus has in recent years been taking steps to build a better relationship with the United States. It signed a memorandum with the U.S. in 2016 pledging to make it easier for private groups seeking to clean up cemeteries and restore celebrated yeshivah buildings in towns such as Volozhin and Karlin.

The kehillah of Karlin Stolin, named for the two Belarusian towns where the Chassidus began, runs the only yeshivah for children in the central European country. Their mossad, Yad Yisroel, has about 150 students from around the country, that live and learn in the schools..

“These gentlemen and the government in general have been very helpful to the work that we’ve been doing there,” Rabbi Yaakov Shteierman, Yad Yisroel’s director, said on Motzoei Shabbos as he introduced the two officials at a Stoliner dinner. “And they’re working in the future to normalize various different things in the country that will help promote what we do there.”