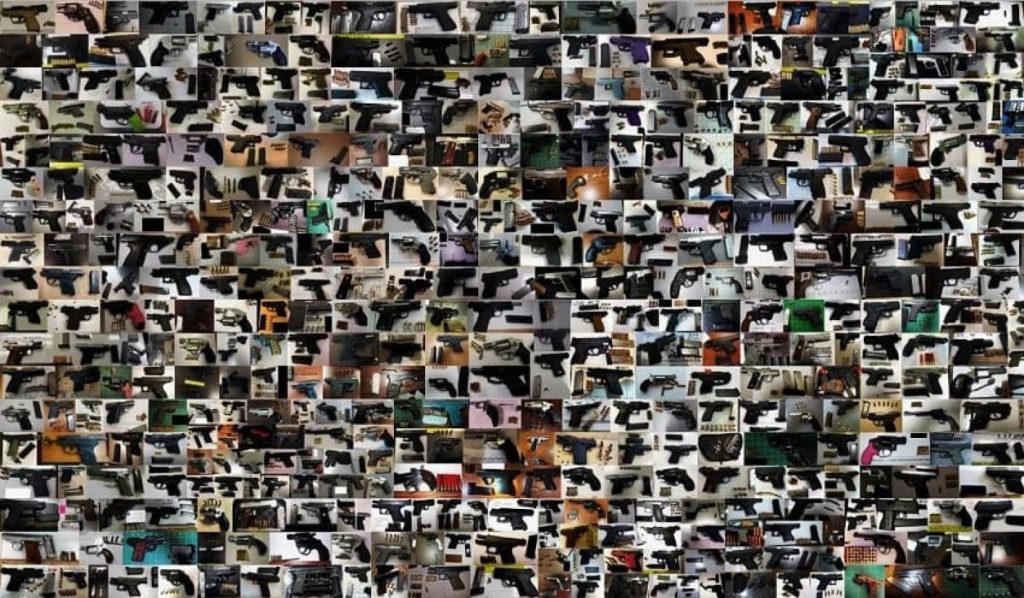 There was a realistic-looking replica of a suicide vest found in a checked bag at an airport in El Paso. A block of inert explosives was discovered in a carry-on bag at an airport in Florida. Hand grenades were confiscated from luggage at airports all over the country.

These, along with 3,957 firearms, were among the items agents with the Transportation Security Administration discovered at airport security checkpoints in 2017.

In its “TSA Year in Review” report, the agency said a “record-setting” number of firearms were found in carry-on bags. With nearly 4,000 firearms for the year, that translates to about 10 firearms a day.

According to the agency, 2 million travelers a day went through security check points last year and a total of 771.5 million passengers were screened.

TSA said nearly 35 percent of the firearms found had a round in the chamber. And “the most firearms discovered in one-month – a whopping 31″ were found in August at the Hartsfield-Jackson Atlanta International Airport, according to the report.

Below are the top 10 airports where firearms were found and the number loaded with ammunition.

It wasn’t just guns. Passengers also tried to board with numerous other hazardous items.

“Not only do smoke grenades deploy a thick blanket of smoke, they also burn extremely hot and are considered hazmat,” TSA said in a statement.

Another problem was many items appeared to be real but in fact weren’t.

The suicide vest mentioned earlier is one example. The traveler, officials said, worked as a contractor dealing with explosive ordnance disposal, and the items were used as training aids. In another case, a military instructor said he “forgot” his carry-on bag contained inert explosives.

Officials advised that if your line of work necessitates the use of such devices, “plan ahead and find another way to transport” the training items.

When seen on the X-ray monitor, TSA said, “we don’t know if they’re real, toys, or replicas until TSA explosives experts are called upon.”

And even inert grenades can cause terminals and checkpoints to close, meaning delays or canceled flights.

TSA said it found nearly 200 items that are prohibited and were “deliberately hidden in attempts to sneak them through security.” The agency calls this “artful concealment” and warned travelers risk fines or arrest in such cases. At the very least, you’ll be delayed.