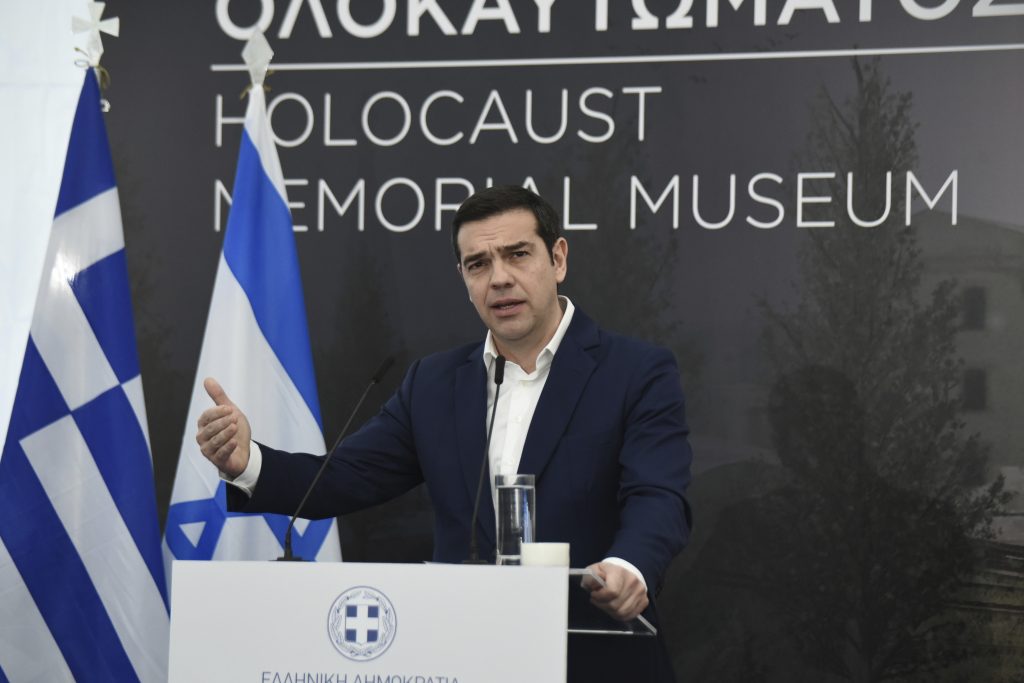 Israel’s president and Greece’s prime minister attended Tuesday a foundation ceremony for a holocaust museum in the Greek city of Thessaloniki, which lost 97 percent of its Jewish community in German World War II death camps.

The scheduled six-story building will be built by 2020, next to the northern city’s old railway station, from which some 55,000 Thessaloniki Jews were forced into goods wagons for the camps. About 50,000 died there.

Tsipras said Tuesday the museum will fulfill an old debt for the city, some 40 percent of whose pre-war population was Jewish.

Overall, some 90 percent of Greece’s Jewish population was murdered by Nazi forces during the war.