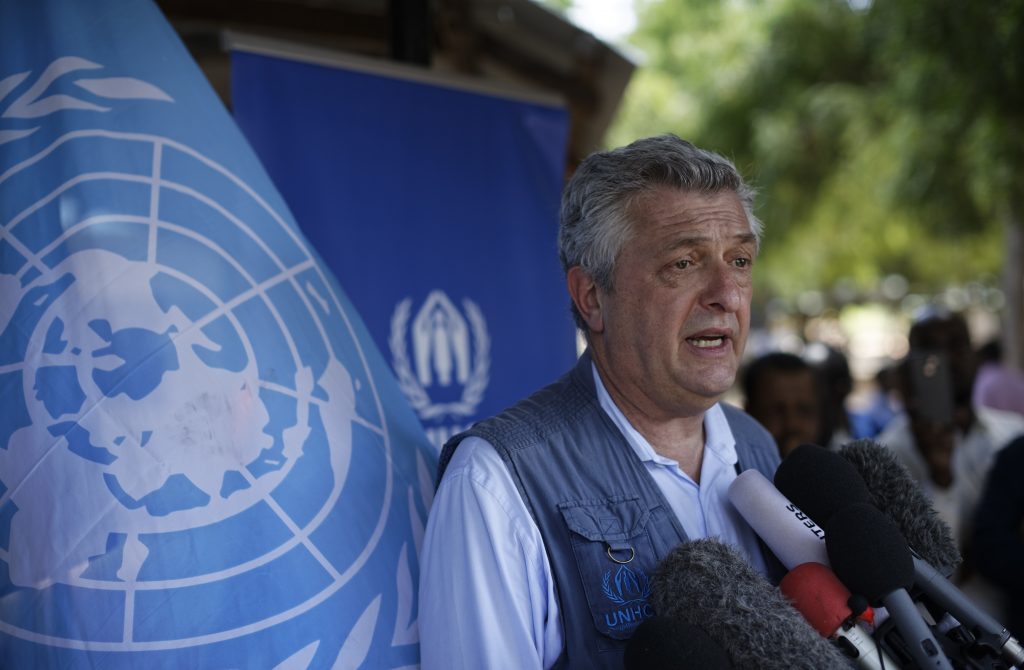 The Trump administration is considering another unprecedented move vis à vis the Palestinians: Rejection of the United Nations criteria which extends refugee status and financial aid to millions of descendants of the original Palestinian refugees.

The possible challenge to the definition of Palestinian refugee is part of Washington’s campaign to pressure the Palestinians into re-entering peace negotiations, according to Hadashot news on Tuesday night.

The State Department is also reportedly considering a halt to all $360 million in funding of Palestinian aid, after $100 million was slashed recently from the annual UNRWA donation.

State Department sources would not comment on the report, other than to say that President Trump said in Davos last week that all U.S. aid to the Palestinians was under review, and that no formal statement is ready to be issued, Hadashot said.

Israel has for years sought a redefinition of Palestinian refugee status, which has created generations of “refugees.” Of the hundreds of thousands who left or were forced out of Israel in 1948, only an estimated few tens of thousands are still believed to be alive. But their descendants number in the millions, and continue to demand international assistance and the “right of return” to Israel.

Humanitarian assistance to other refugee groups, which is overseen by the U.N. High Commissioner for Refugees, does not extend refugee status to descendants of original refugees. Israel seeks to apply the same criteria to Palestinians.

Israeli diplomatic sources were quoted as saying that a recasting of American policy on the issue would constitute “a tremendous victory” for Israeli diplomacy.