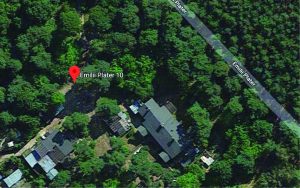 The latest official statement that came out Sunday evening that the Israeli prime minister and Polish prime minister agreed to open a dialogue on the “Polish law” was just an indicator of the anger and frustration that Poland has managed to cause all over the Jewish world.

For those readers who did not follow the story, the scandal is regarding Poland’s initial approval of a law making it a criminal offense to mention Polish complicity in crimes committed during the Holocaust.

We also know that no statement, positive or negative, will bring back to life Six Million Jewish Martyrs, Hy”d.

We know and feel that no law will hand forgiveness to the collaborators who helped the Nazis to execute, or to hide their crimes.

What, therefore, is so important about fighting and condemning the new “Polish law”?

It is for us and for our younger generation that we must voice our pain and remind the world that Holocaust denial and anti-Semitism cannot be allowed to flourish or exist, and no legitimacy can be given to it in any way.

Let’s acknowledge that there are a few opposing voices in Poland today. The government, which is considered nationalist and some say anti-Semitic, is trying with the new law, among other initiatives, to rewrite history, to remove the responsibility of the Poles for whatever was done on Polish territory at the time of the Holocaust.

Let’s not forget that there are other voices in Poland today who do not agree with this approach, and do not lend a hand to the attempt to change the devastating history, which happened only 72 years ago.

The new voices in Poland today are claiming that there are sixty-thousand Righteous Among the Nations.

Historians claim that there are about six thousand.

We have an issue with that one extra zero.

Are we looking for revenge?

We believe that no human being can take revenge. Only Hashem.

What we are looking for is to remember, and to make sure that Holocaust Denial will not continue to grow, as it does today.

We feel that some people in Poland are missing the fact that the reaction is expressing pain much more than anger.

Why does it hurt so much?

I myself don’t have to go too far.

Looking back again and again at the story of my mother, a”h, Mrs. Esther Devorah Levin née Mostowicz:

In the summer of 1942, my mother’s father was deported to Treblinka. Her mother, grandmother and younger siblings were murdered on the family’s estate in Otwock, near Warsaw.

The caretaker who worked for many years for my grandfather, Hy”d, was the one who led the murderers to the family’s hiding place.

In the winter of 1943-44, after surviving a huge aktzia in Radom, escaping a forced labor camp under barbed wire, my mother, her brother and his childhood Rebbi found a hiding place with a local Polish woman.

Let’s acknowledge the fact that the Polish woman put her life in danger. This was a time when the large ghettos were destroyed, the Jews deported to death camps, and the hunt, yes hunt, of Jews was mainly in the suburbs and villages around the big cities.

Jews were turned in to the Germans for a little money or one kilogram of sugar.

My mother, her brother and the Rebbi stayed by the woman for over a year, until her son came home, and then they were thrown out immediately.

Not having anywhere to go in the bitter winter, my mother tried her luck to go back home to Otwock.

When the caretaker saw her, he yelled at her, “You are still alive? Get out of here before I get the Gestapo on you!”

The watchdog, instead of attacking my mother, recognized her scent and protected her from its new owner.

That night, my mother, who was all of fourteen years old, hid in the local cemetery where the watchdog protected her, leaving her to think about her birthplace, where dogs are more loyal than human beings.

After liberation, after five-and-a-half years under the Nazis, she came to Otwock one more time to say goodbye, before heading to Eretz Yisrael.

She was the sole survivor of her family.

The caretaker saw her, got very angry and told her, in front of other people, “You’re imagining. You never lived here.”

A few years ago, with the help of a Righteous Among the Nations from Otwock (who prefers to remain anonymous), I was looking for the woman who hid them, or her descendant, in order to acknowledge what she did. We tried in every possible way to find the family.

No one came back.

The anonymous Righteous Among the Nations felt very uncomfortable and told me, “Could be she is not alive anymore and her descendants don’t want to be identified as Jew saviors.”

All I know is that my mother paid back the caretaker and people like him; she rebuilt the same Jewish life that she had seen in her parents’ home in Otwock.