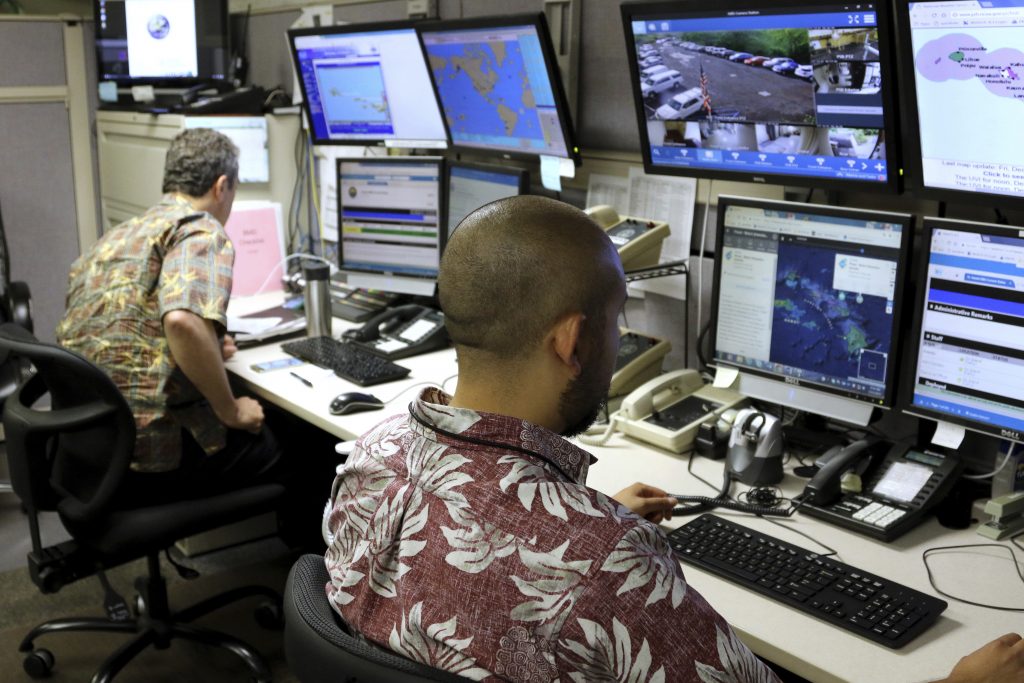 A Hawaii employee who mistakenly sent an alert warning of an incoming ballistic missile earlier this month, creating a panic across the state, thought an actual attack was imminent, the Federal Communications Commission said Tuesday.

Hawaii has been testing alert capabilities, and the employee for the state Emergency Management Agency mistook a drill for a real warning about a missile threat. He responded by sending the alert without sign-off from a supervisor at a time when there are fears over the threat of nuclear-tipped missiles from North Korea.

“There were no procedures in place to prevent a single person from mistakenly sending a missile alert” in Hawaii, said James Wiley, a cybersecurity and communications reliability staffer at the FCC. There was no requirement to double-check with a colleague or get a supervisor’s approval, he said.

In addition, software at Hawaii’s emergency agency used the same prompts for both test and actual alerts, and it generally used prepared text that made it easy for a staffer to click through the alerting process without focusing enough on the text of the warning that would be sent.

The worker, whose name has not been released, has refused to talk to the FCC, but federal regulators got information from his written statement that state officials provided. The employee still works at the state Emergency Management Agency but has been reassigned to a job without access to the warning system.

The alert was sent to cellphones, media stations in Hawaii on Jan. 13, leading people to fear the state was under nuclear attack. It took 38 minutes for officials to send an alert retracting the warning because Hawaii did not have a standardized system for sending such corrections, the FCC said.

The federal agency, which regulates the nation’s airwaves and sets standards for such emergency alerts, criticized the state’s delay in correcting it.

The FCC said the state Emergency Management Agency has already taken steps to try to avoid a repeat of the false alert, requiring more supervision of drills and alert and test-alert transmissions. It has created a correction template for false alerts and has stopped ballistic missile defense drills until its own investigation is done.