Israel Greetings From the Past: A Byzantine Jug Found in Beit She’an
Israel 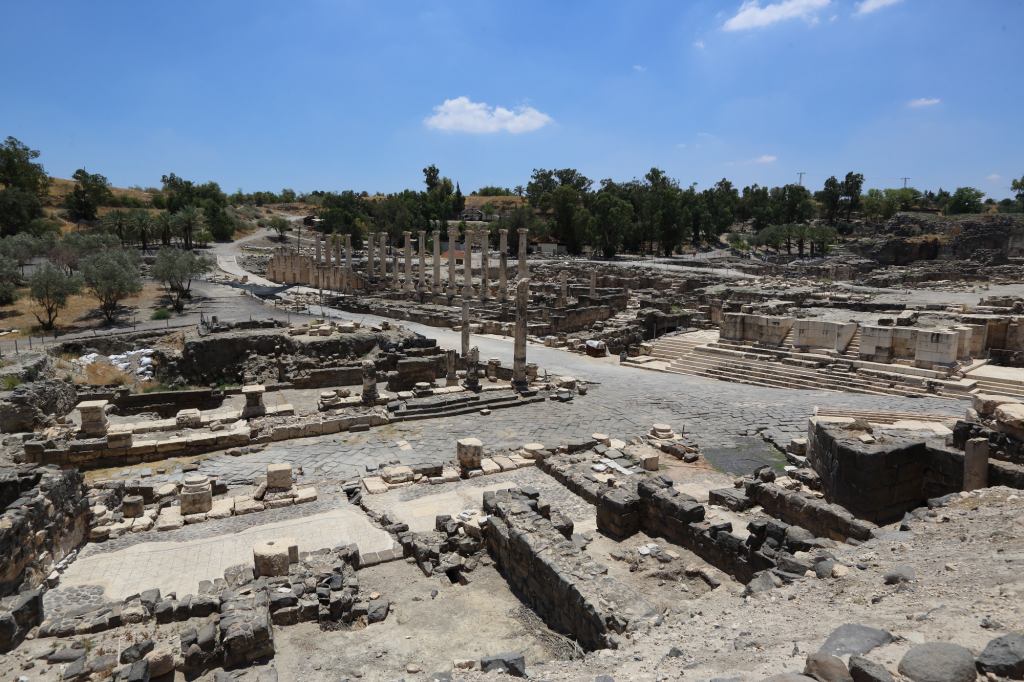 A clay jug believed by archeologists to date back to the Byzantine period, about 1,500 years ago, was found in Beit She’an National Park this week, according to The Times of Israel.

It was the discovery of local residents, the Avidor and Armon families, on a nature hike in the park’s Nahal Harod river bed.

“We were hiking and stopped to rest on a slope. All of a sudden, we noticed a kind of ‘ear,’ which was the clay handle protruding from the earth,” said Tamar Armon. “We were surprised and excited to discover a complete, heavy and beautiful pot.”

The beautifully-preserved artifact was used to store wheat and legumes, according to Israel Antiquity Authority archaeologist Dr. Walid Artash.

Nir Distelfeld, head of the Israel Antiquity Authority’s theft prevention unit in the north, theorized that last week’s heavy rains turned up earth at the vessel’s site of origin, exposing it to the passersby.

“It is natural for artifacts to emerge to the surface and send greetings from the past,” said Distelfeld.

The Avidors and Armons, themselves archaeology enthusiasts, were aware of the treasure-laden grounds they were treading, as advertised by signposts along the route, which state that 1,500-year-old pottery had been found in the area.

“And here, we too were able to discover for ourselves such a 1,500-year-old finding,” said Armon.