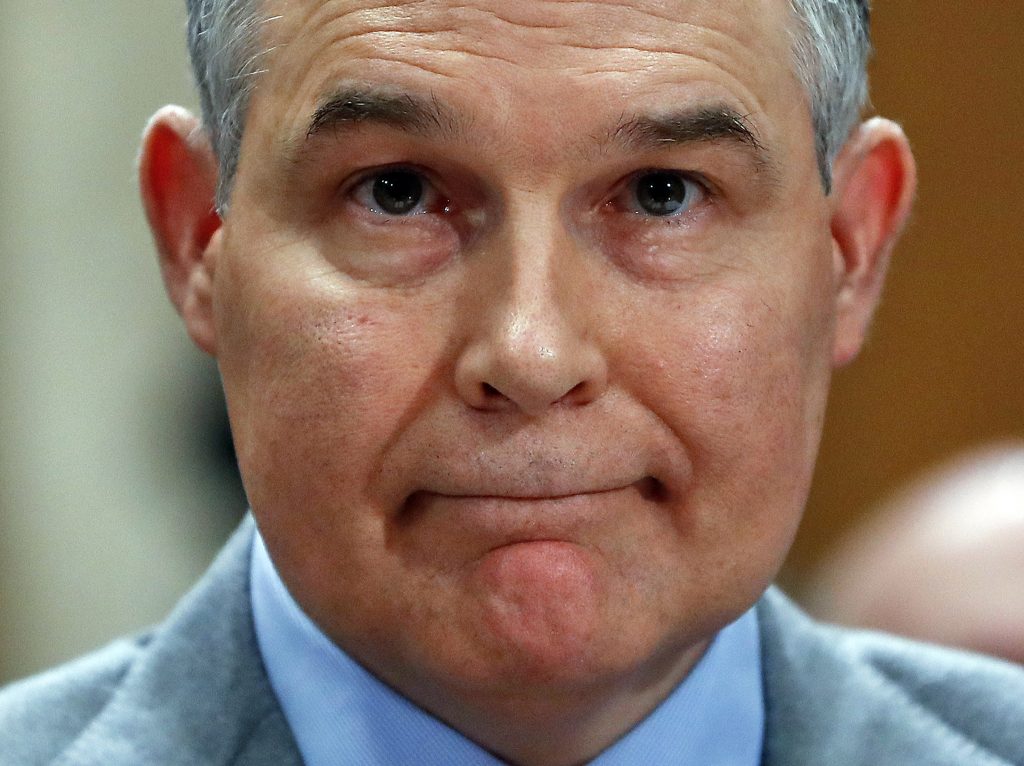 Environmental Protection Agency chief Scott Pruitt is distancing himself from his 2016 statements that then-presidential candidate Donald Trump is a “bully” who, if elected, would abuse the Constitution.

Democratic Sen. Sheldon Whitehouse of Rhode Island sought to use Pruitt’s own words against him Tuesday during an oversight hearing, having an aide hold the quotes up on large signs.

Pruitt made the comments in February 2016 while appearing on a conservative talk radio program in Oklahoma, where he served as the state’s Republican attorney general. At the time, Pruitt supported Jeb Bush for the GOP nomination.

Pruitt said he appeared on the show several times but did not recall making those specific comments, which he said he would not agree with now that he is serving in the Trump administration.