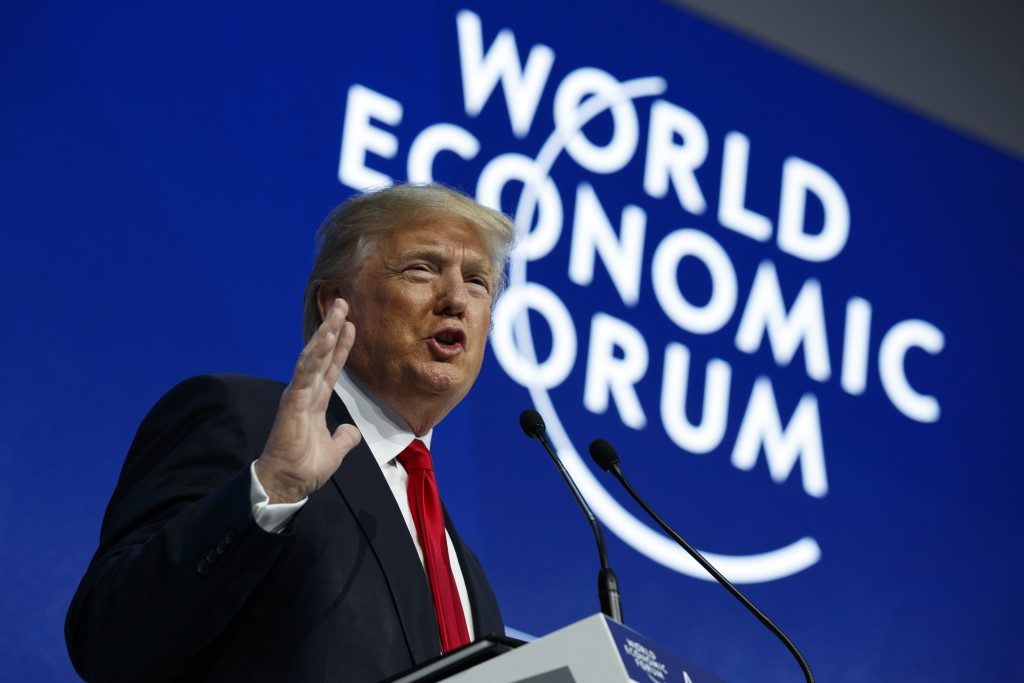 The media is not fake, as President Trump says constantly; it’s just plain pathetic. They have gone from reporting the news to influencing the news to becoming the news to making up the news. And the trajectory is just continuing to slope. (What’s next? Becoming irrelevant.)

I, for one, no longer trust the traditional news media to which I have long attached credibility. The Washington Post? It’s hard to know which pages are news or opinion. The Associated Press? It’s WaPo without the storyline. New York Times? I’m still waiting for the Rex Tillerson resignation they promised us months ago.

But here’s the biggest lie the media puts forward. It’s that President Trump is unpopular. They claim he is hated in the United States and mocked in foreign capitals. If it were true, I could readily understand why. Here’s a man who came to office promising not to become a citizen of the world but to raise the banner of America First — meaning he seeks what’s good for America, not Greece or Mexico. But it just happens to be untrue — as in trophy-worthy at the 2019 Fake News Awards.

Pres. Trump’s trip to Davos last week reminded me of one of former President Barack Obama’s first trips abroad after he won. At the time, Mr. Obama was the darling not only of the left, the media insisted, but of the very world. Everyone loved him, they assured us. The bad days of the world not liking us because we were led by George W. Bush were over.

Anyhow, Obama was this new president who would lead Democrats into a permanent majority (remember the media told us that?), and he had one goal in his trip overseas — getting China to agree to a treaty to end global warming.

Where’s the president of India? he asked the Brazilian delegation. Oh, he left to the airport already, Obama was told. So sorry, he felt the summit was going nowhere. The Chinese leader was out to lunch and the president of South Africa was in his room, not wanting to meet alone.

So Obama and Clinton went from room to room, like two schoolkids looking for their counselor. Except that these two had a weighty mission, nothing less than saving the globe during Obama’s short time in office. Cooling the globe would become the prime goal of Obama, culminating in his 2015 declaration at a West Point graduation that it was a national security imperative. Literally.

Bursting into one room, they finally found whom they were seeking — look! The president of China! And India! And Brazil! And South Africa! All together, negotiating away from the leader of the free world.

As an American, the story at the time stung. My country was so little regarded that foreign leaders had no compunctions about literally making my president run through the building looking for them. Almost as bad as the picture that emerged last week from 2005 of Obama, then a senator, posing with Louis Farrakhan of Nation of Islam fame.

A postscript to this came in the summer of 2015, when Obama made one of his final trips to China. He was met without the traditional red carpet — the commies couldn’t even find the stairs for Air Force One’s prestigious occupant to deplane; he had to jump off a different exit.

The same disrespect for America extended to many countries — allies and foes alike. Russia was hacking into our emails? “Cut it out,” Obama begged Pres. Putin. North Korea could care less what we thought of their nuclear program. Israel, Taiwan and Japan almost immediately went into survival mode.

What a refreshing difference seeing the way the U.S. president was treated by global elites at Davos last week. Pres. Trump was feted with a Napoleonic band by the Swiss, who wanted to do something “unprecedented” for him. CEOs of some of the world’s biggest companies promised at a dinner — yes, media, they attended a dinner with Pres. Trump — to invest in the U.S., citing the new tax code and a new era of business-friendliness.

Kim Jong-un, the dictator of North Korea, has taken a break from shooting relatives and generals on anti-aircraft missiles to try figuring out what the new man in D.C. actually wants from him, according to media reports. Iran is walking on eggshells. Israel has never had a closer friend in the White House, as the extraordinary meeting with Prime Minister Netanyahu showed.

Even the prim prime minister of Britain, Theresa May, refused to respond to the media begging her to condemn Pres. Trump for whatever they want him condemned. In fact, it almost appeared that she — do I have the right to say this? — was seeking his approval as the global superpower. Are we really back?

Read the media and you would think that America is in a funk. The media is breathlessly waiting — is this the beginning of the anti-Trump surge? Is it starting yet? Does the victory of a Democrat in a state Senate race in Wisconsin mean the big surge is finally here?

Here’s what they don’t understand. America has had traditional allies for a reason. For one, they are reliable. Secondly, they share our foreign policy values — their friends are our friends, their enemies are our enemies.

Obama upturned the apple cart and it all came tumbling down. We fought our allies and coddled our enemies. We fought wars by leading from behind and pursued peace and love and treaties by giving up everything before we started.

For the first time in a decade, Davos showed us the globe really warming — to Pres. Trump.