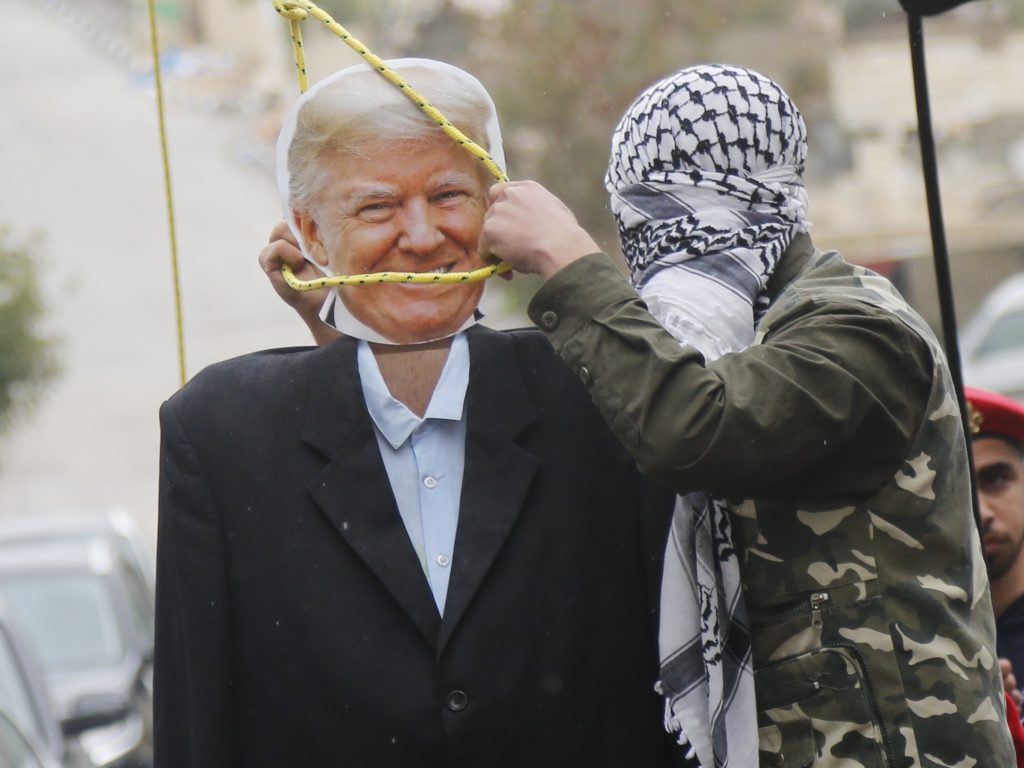 Protesters threw tomatoes at the vehicle, which had U.S. consular license plates, kicked one of its doors and ripped the plastic casing off a side mirror as it drove off under Palestinian police escort from the Bethlehem Chamber of Commerce.

Samir Hazboun, the chamber’s director, told Reuters that a digital marketing workshop was underway when about five protesters barged in.

“We hosted an American expert on this issue. Some people who have been trying to express their point of view and protest the American decision regarding Jerusalem and the political situation … interrupted the workshop and we stopped the workshop,” Hazboun said.

In the Aida refugee camp near Beit Lechem on Saturday, effigies of Trump and Pence were hanged and burned in a protest attended by about 30 Palestinians.