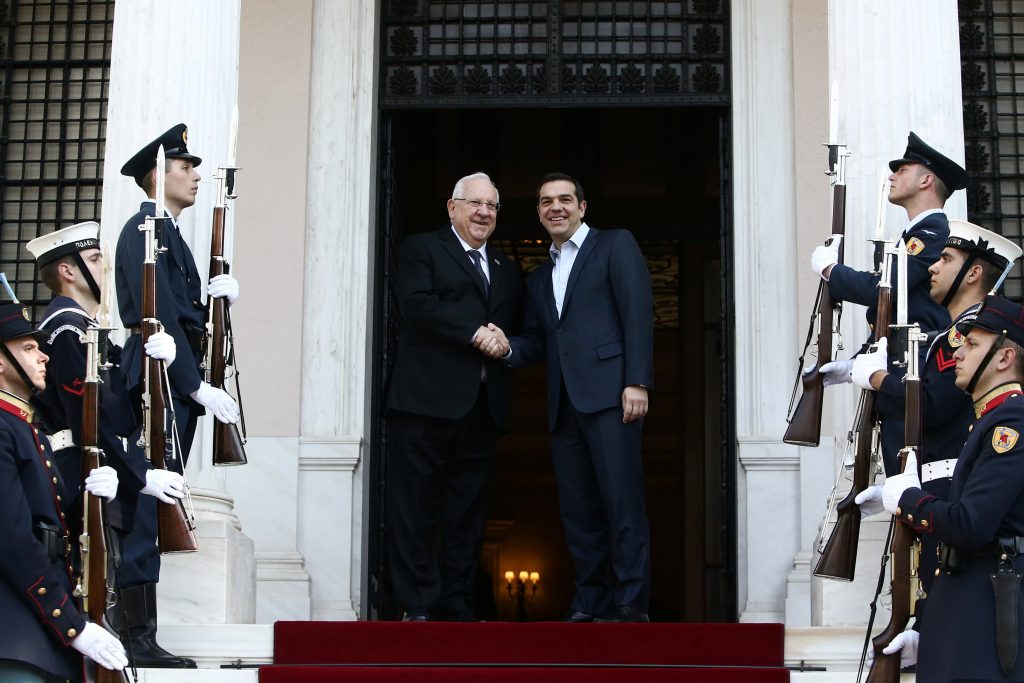 President Reuven Rivlin met Monday with Greek Prime Minister Alexis Tsipras during a visit to Athens that will include a foundation stone-laying ceremony for a Holocaust museum.

Rivlin also met with his Greek counterpart, Procopis Pavlopoulos, in the capital on Monday.

On Tuesday, Rivlin and Tsipras will travel to the northern city of Thessaloniki for the museum ceremony.

Thessaloniki’s 55,000-strong Jewish population was deported by Nazi forces during World War II and most of its members were murdered in German concentration camps.

Thessaloniki’s new museum will be built next to the railway station where the city’s Jews boarded the trains taking them to the camps.