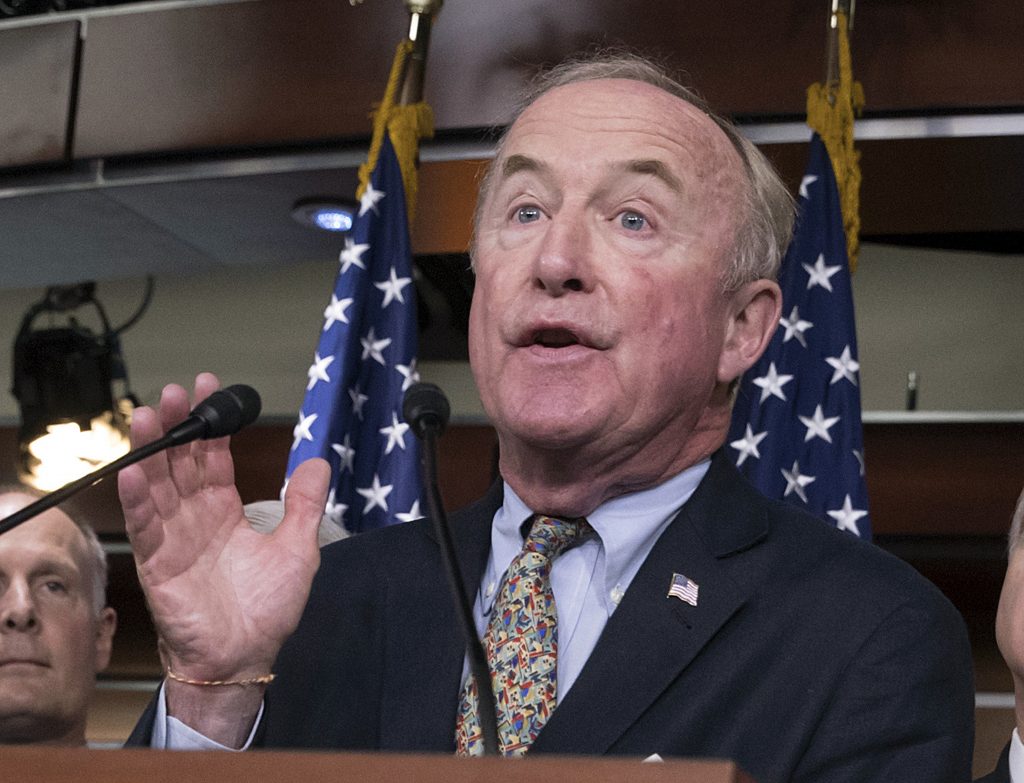 Rep. Rodney Frelinghuysen, the chairman of the powerful House Appropriations Committee who faced a daunting re-election challenge, announced he is retiring from Congress, the latest signal of a potential Democratic electoral wave that could flip control of the House after the November midterms.

“My father reminded me often that we are temporary stewards of the public trust,” the 12-term Republican said in a statement. “I have sincerely endeavored to earn that trust every day, and I thank my constituents and my home state of New Jersey for the honor to serve; and I will continue to do so to the best of my abilities through the end of my term.”

Under House rules, Frelinghuysen, 71, could have served five more years as chairman of his committee, which oversees $1 trillion in annual discretionary spending, a third of the annual U.S. budget.

The departure is a surprising turn of events for a senior House Republican who had not faced a competitive election in years. He won his district with more than 58 percent of the vote in 2016. But he faced a strong Democratic challenge this year from former federal prosecutor Mikie Sherrill. The non-partisan Cook Political Report had rated the race as a toss-up before Frelinghuysen announced his retirement.

President Donald Trump won Frelinghuysen’s district by one percentage point even though Democratic candidate Hillary Clinton won New Jersey by 14 points. But Trump’s popularity has been on the decline, and the Republican tax overhaul passed at the end of last year also is polling poorly in New Jersey in part because it eliminates the ability to deduct state and local taxes, something widely done in the high-tax state.

Mindful of the wishes of voters in his moderate district, the congressman voted against both the Republican tax reform bill and the repeated attempts to repeal Obamacare, which is popular in New Jersey.

Frelinghuysen is the second New Jersey Republican to announce his retirement this year, after Rep. Frank LoBiondo. He is the 40th House Republican to retire, resign or leave to seek higher office in the 115th Congress.

Alabama Republican Robert Aderholt, a senior committee member who contemplated challenging Frelinghuysen for the gavel when he won it in December 2016, stands as likely successor for the chairmanship if Republicans retain the House.

Frelinghuysen, the son of a congressman, is the wealthy scion of a storied political family whose New Jersey roots go back to 1720.