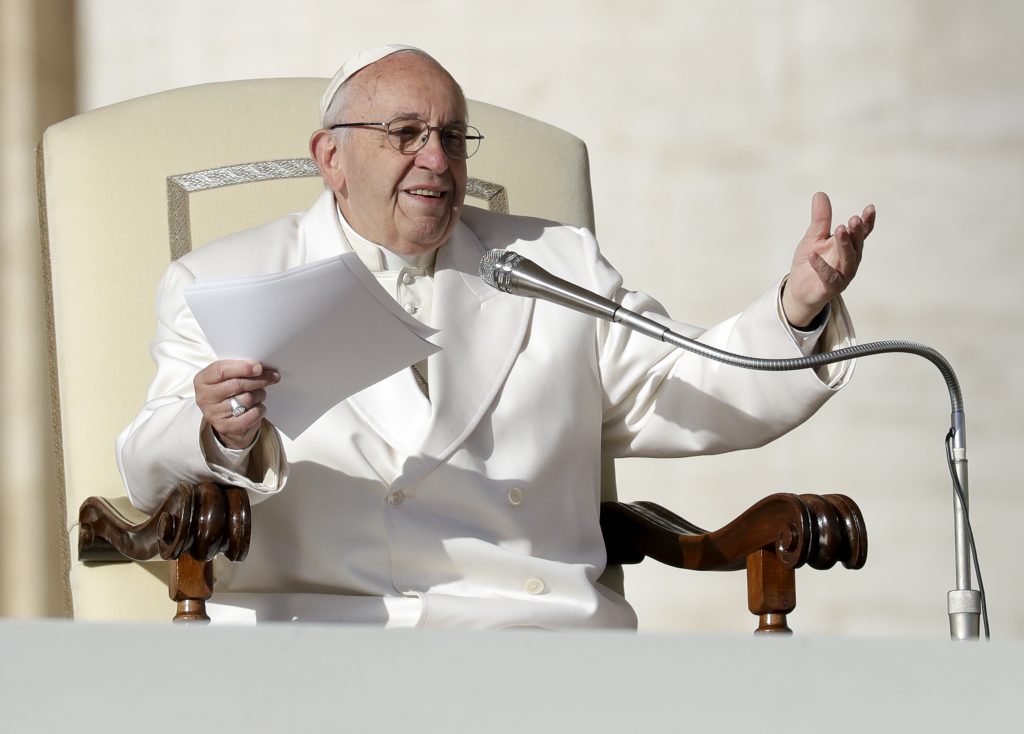 Pope Francis said Monday that countries have a responsibility to fight anti-Semitism and the “virus of indifference” that threatens to erase the memory of the Holocaust.

Francis’ comments to an international conference on anti-Semitism came as the largely Roman Catholic Poland considers legislation that would outlaw blaming Poles for the crimes of the Holocaust. The proposed legislation has sparked an outcry in Israel.

Francis didn’t mention the dispute but he did speak of his 2016 visit to the Auschwitz-Birkenau death camp in German-occupied Poland, saying he remembered “the roar of the deafening silence” that left room for only tears, prayer and requests for forgiveness.

He called for Christians and Jews to build a “common memory” of the Holocaust, saying “it is our responsibility to hand it on in a dignified way to young generations.”

“The enemy against which we fight is not only hatred in all of its forms, but even more fundamentally indifference, for it is indifference that paralyzes and impedes us from doing what is right even when we know that it is right,” he said.

The anti-Semitism conference, hosted by the Italian foreign ministry in cooperation with the OSCE and Italy’s Jewish communities, was timed to correspond to International Holocaust Remembrance Day.

On the eve of the commemoration, Poland’s lower house parliament approved a bill calling for prison time for referring to “Polish death camps” and criminalizes the mention of Polish complicity in the Holocaust.

Many Poles believe such phrasing implies that Poles had a role in running the camps. But critics worry it could be used to stifle research and debate on topics that are anathema to Poland’s nationalistic authorities, particularly the painful issue of Poles who blackmailed Jews or denounced them to the Nazis during the war.

In his remarks, Francis called for a “culture of responsibility” among nations to establish an “alliance against indifference” about the Holocaust.

“We need urgently to educate young generations to be actively involved in the struggle against hatred and discrimination, but also in overcoming conflicting positions in the past, and never grow tired of seeking out the other,” he said.