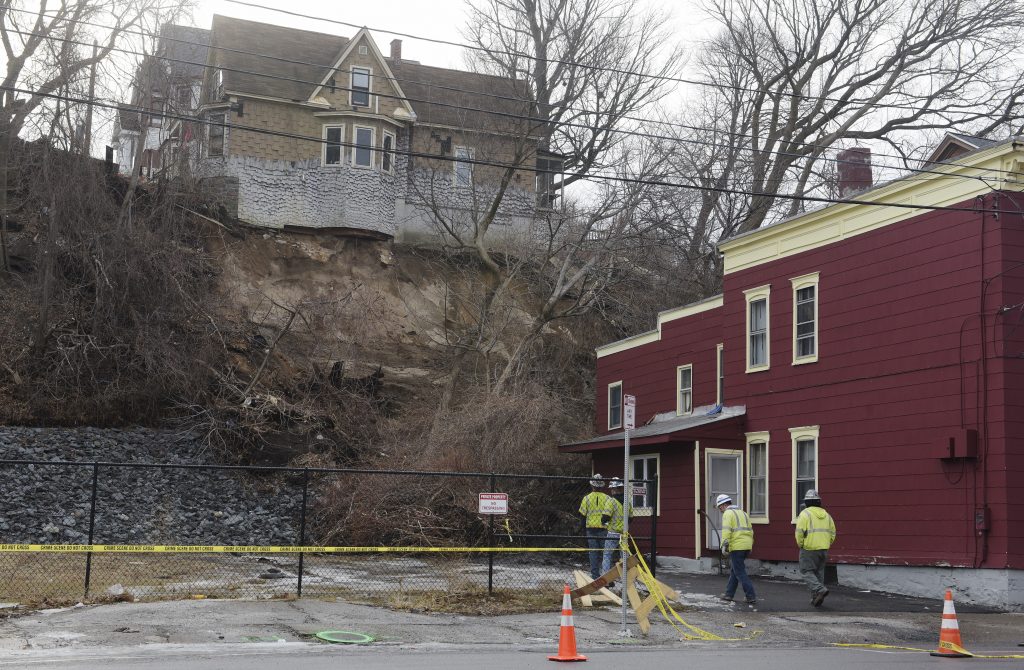 Two Schenectady homes and a garage were demolished Monday following a landslide the day before that displaced nearly two dozen residents. City officials say the structures that were hanging on the hillside could have damaged buildings below.

Three people were rescued from a building during the landslide. One victim was taken to Albany Medical Center with serious injuries and the other two were treated for minor injuries. A group of residents have been evacuated from the area. The Red Cross is assisting with temporary housing.

A state of emergency was declared for the city.