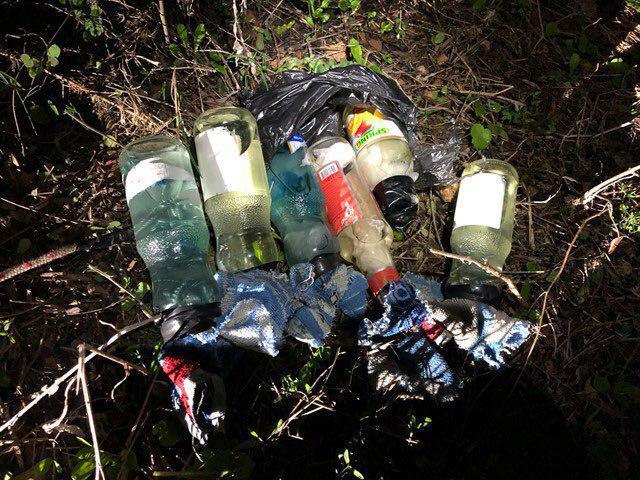 On Sunday night, the IDF foiled an attempt to infiltrate the Jewish community of Itamar, near Shechem.

The army said Monday that during the operation, IDF soldiers found six Molotov cocktails, in close proximity to where they had found the suspects.

The investigation is ongoing and searches are still underway.

On Sunday night, the IDF said it had foiled an attempt by two Palestinians to enter the community. One of the suspects was detained Sunday night and the other fled toward the nearby Palestinian village of Beit Furik. Soldiers scoured the area for the second suspect overnight, clashing with local residents in Beit Furik.

The suspect who was caught had a pair of binoculars, but no weapons, the IDF said.

Soldiers also entered the Palestinian city of Jenin during their searches, according to Palestinian media.

In other overnight raids, IDF and other security forces arrested 18 Arabs across Yehudah and Shomron. All of those arrested were involved in terror attacks, terror activities, violence towards civilians and security personnel, and disturbance of order.

Security forces also found and confiscated a Carl Gustav rifle, a pistol, magazines and ammunition. The weapons were found in the home of a Palestinian Authority Arab, in the town of Umm al-Fahm near Jenin. The suspect, who is in his 30s, was arrested by police.