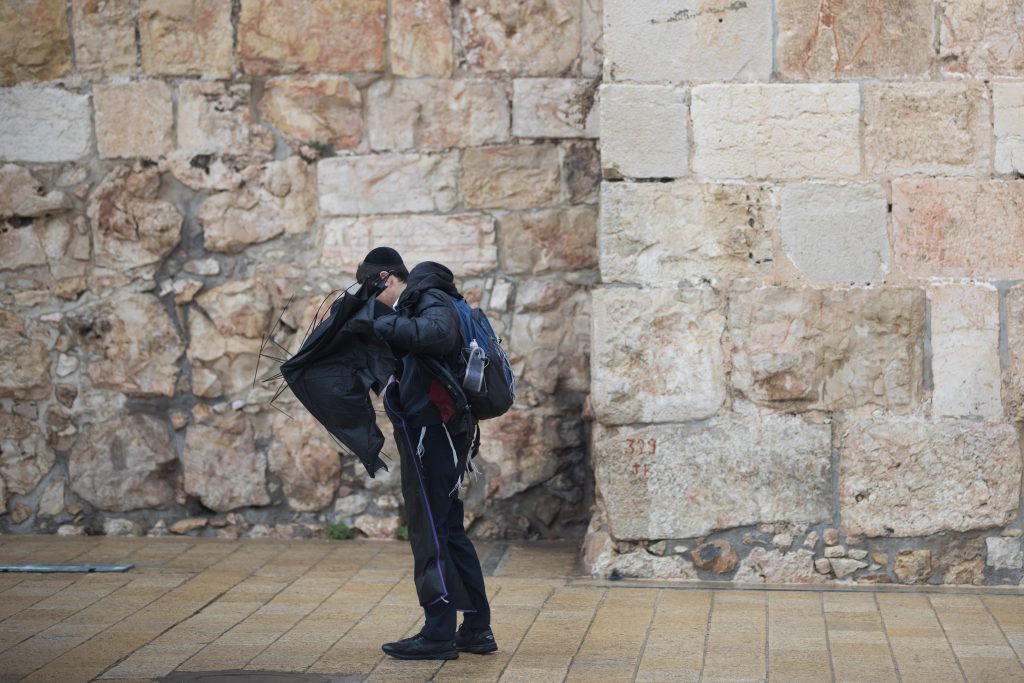 The torrential rains last week ended immediate fears of a drought and special public tefillos for rain were suspended, but Ynet’s coverage of the gishmei brocho news on Monday was misleading.

The news site headlined: “Israel’s chief rabbi asks believers to stop prayers for rain.” That was followed by the subhead: “After asking Israelis to pray for rain, Chief Rabbi David Lau asks them to stop in the wake of fierce winter storms.”

The first sentence of the article itself compounded the error, reading: “Israel’s Chief Rabbi David Lau called on the public on Sunday to stop praying for rain, two months after asking them to do so.”

The impression given was that Israelis can stop davening for rain, period, now that the crisis is over.

This would have come as a shock to religious Jews, who of course were continuing saying ten tal u’matar until Pesach.

Not until the next sentence did the article make clear what Rabbi Lau had in mind: “The public’s messengers should stop saying the prayer for rain,” the rabbi wrote in an official letter to the public.

“Praise G-d: We were privileged and the heavens opened up. That is why one must differentiate between a public messenger’s [shaliach tsibur] prayer and that of the individual. While the public messenger must stop saying the ‘Va’anenu‘ prayer, the individual may continue as long as there is need for rain. And as any other private request, it can be said during ‘Shomea Tefilla.'”

“Hence, from now on the public will no longer say the special prayer against the stopping of rainfall, and will direct their request by saying the ‘Barech Aleinu’ prayer, and G-d will continue hearing our prayers and granting us blessed rain.”