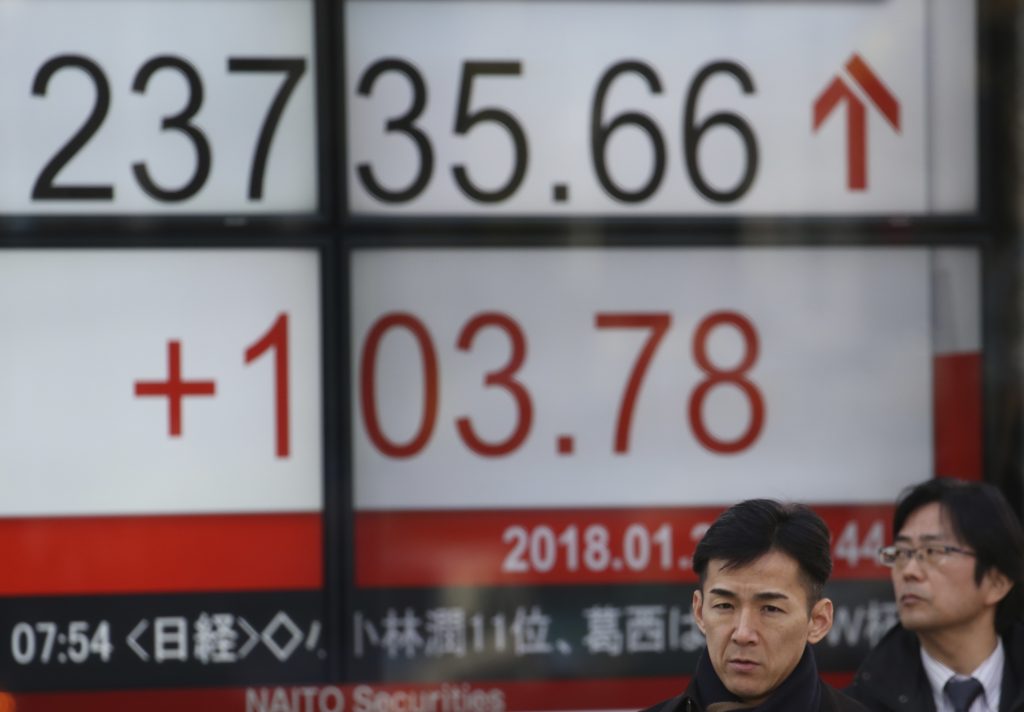 U.S. stocks ended last week with their biggest gain in almost nine months as drug-makers and technology companies surged. Investors were also cheered by President Donald Trump’s apparently more positive tone on international trade. The Standard & Poor’s 500 index climbed 1.2 percent to 2,872.87, its biggest gain since March 1. The Dow Jones industrial average rose 0.8 percent to 26,616.71. The Nasdaq composite rose 1.3 percent to 7,505.77 and the Russell 2000 index of smaller-company stocks gained 0.4 percent to 1,608.06. Already at record highs, the S&P 500 is up 7.5 percent in January and on track for its largest monthly increase since October 2015.

Technology and industrial companies, such as Amazon in the U.S., have been rising lately on optimism about the global economy. Speaking at the World Economic Forum in Davos, President Donald Trump said Friday leaders should prioritize their own countries, but that his administration isn’t opposed to international cooperation and that U.S. economic growth is good for the rest of the world.

“More record highs on Wall St. will push Asia Pacific markets higher at today’s open, according to futures traders. However, a data-packed week and stock reporting seasons around the globe should see market focus turn to the numbers. A weakening U.S. dollar may prove a brake on any investor exuberance,” Michael McCarthy of CMC Markets said in a commentary.