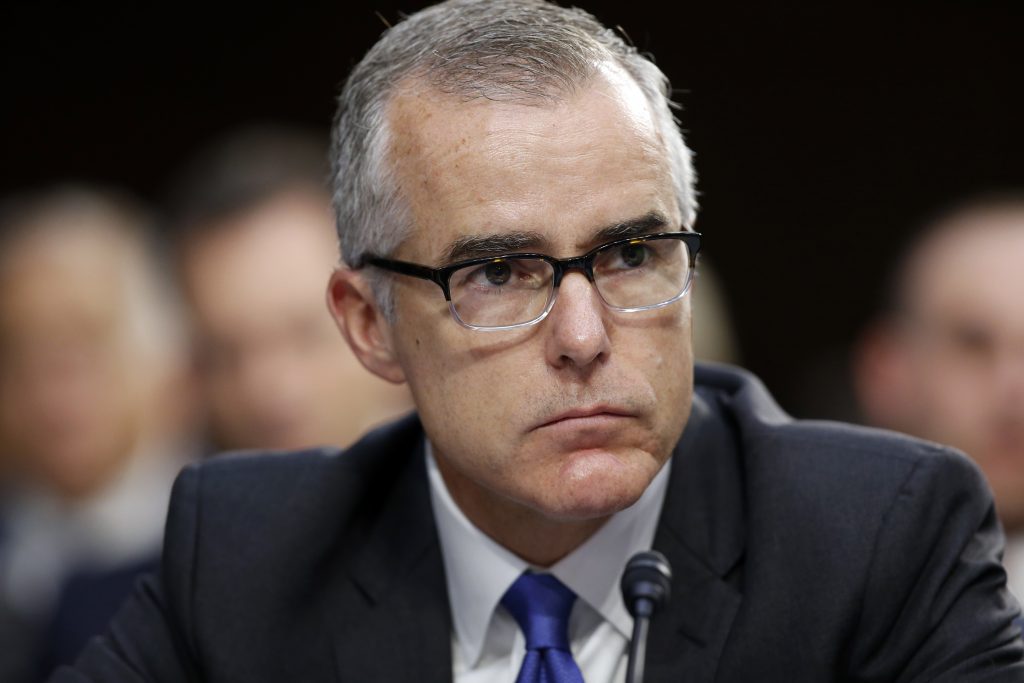 FBI Deputy Director Andrew McCabe, criticized by President Donald Trump for alleged bias against him and in favor of his 2016 Democratic opponent Hillary Clinton, has stepped down as the agency’s No. 2 official, a source familiar with the matter said on Monday.

McCabe had been expected to leave the Federal Bureau of Investigation in March. He will remain on leave until his retirement date, the source said, speaking on condition of anonymity because a public announcement has not yet been made.

McCabe has become a target of Republican lawmakers and the Republican president in connection with the FBI’s investigation into Clinton’s use of a private email server while she served as U.S. secretary of state. No charges were brought against Clinton.

A handful of Republican-led congressional committees have launched inquiries into whether the FBI botched the Clinton investigation and showed bias in her favor. Democrats have said those inquires are intended to undermine and distract from Special Counsel Robert Mueller’s investigation into whether Pres. Trump’s 2016 presidential campaign colluded with Russia.

McCabe became a target of Republican ire in part because his wife previously ran for a seat in Virginia’s state Senate and received donations from then-Virginia Governor Terry McAuliffe, a close ally of Hillary and Bill Clinton, the former president.

Pres. Trump has taken to Twitter in recent months to blast McCabe, asking how he could be in charge of the Clinton probe when his wife got donations from “Clinton Puppets.”