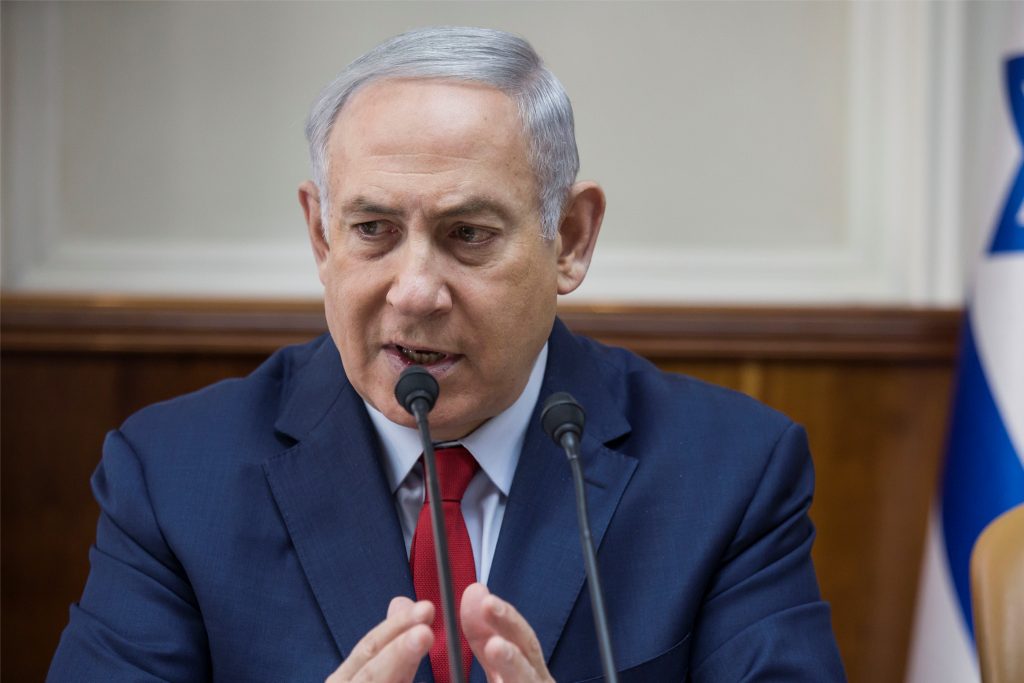 Prime Minister Binyamin Netanyahu on Sunday said that he expects Poland will amend proposed legislation that would outlaw the blaming of Poles for crimes committed during the Holocaust, as Israel’s Foreign Ministry summoned a Polish envoy to express its displeasure.

Netanyahu said at his weekly Cabinet meeting Sunday that Israel has “no tolerance for the distortion of the truth, the rewriting of history and the denial of the Holocaust.”

The lower house of the Polish parliament’s bill prescribes prison time for referring to “Polish death camps” and criminalizes the mention of Polish complicity.

The bill still needs approval from Poland’s Senate and president. Still, it marks a dramatic step by the nationalist government to enforce its official stance that all Poles were heroes during the war. Historians say many Poles collaborated with the Nazis and committed heinous crimes.

The bill has sparked outrage in Israel, which declared independence in the wake of the Holocaust and is home to the world’s largest community of Holocaust survivors.

On Sunday, the Foreign Ministry said it had summoned Poland’s deputy ambassador to express Israel’s opposition to the bill. It also expressed its concern over the timing of the bill, which was passed on the eve of International Holocaust Remembrance Day, and said it expects the draft to be amended before final approval.

“The legislation will not help continue exposing the historical truth and can impede the freedom of research,” a statement said.