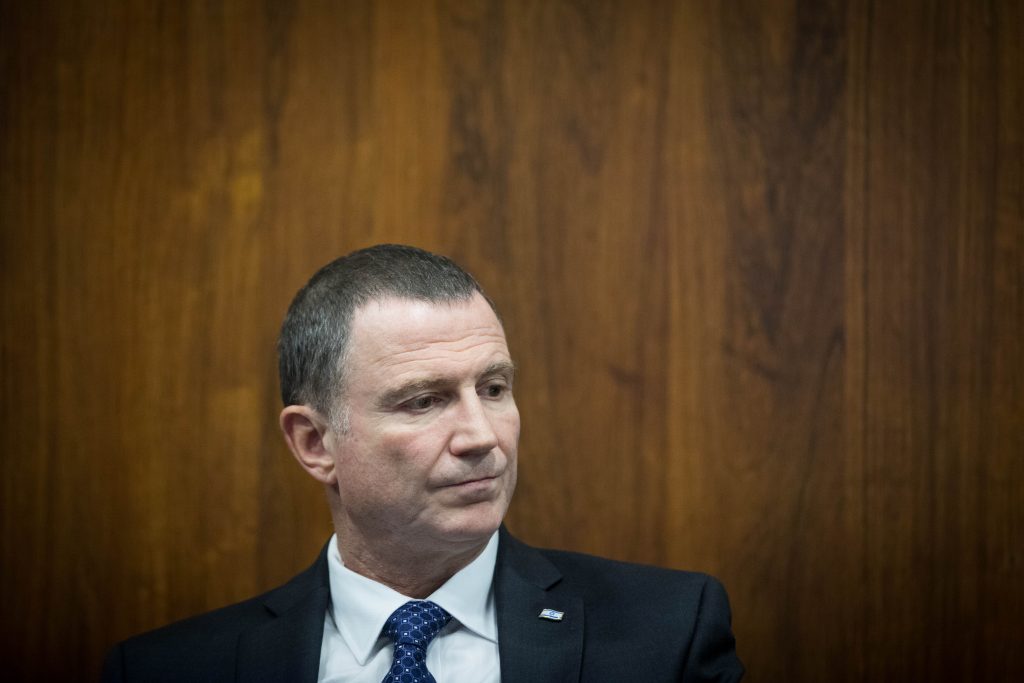 In private comments leaked to Israeli media, the Knesset Speaker, Likud member Yuli Edelstein, bemoaned Prime Minister Binyamin Netanyahu’s recent broadsides against media coverage of him, saying it could cost the party the next election.

“This kind of behavior I admit is a bit problematic… when Netanyahu speaks as prime minister nobody bothers him, but the second he starts calling ‘sourpuss,’ that’s where the disaster starts,” Edelstein said, of a speech last October in which the prime minister accused his critics of being “sourpusses” who resent his successes.

The comments won’t make Edelstein any more popular among his colleagues in the Likud either. “It’s too bad things are this way,” he said. “I would be happy to see half of the party’s members go home. Likud is in a very serious problem. If we continue like this, we will find ourselves in the opposition.”

The recorded comments, broadcast over Kan radio on Sunday, were made in a closed meeting with religious-Zionist journalists two weeks ago, The Jerusalem Post said, quoting a source close to Edelstein. The source added that Edelstein said the same things to Netanyahu’s face in the past.

While Edelstein did give credit to the PM for achievements in foreign affairs, he also implied that he was to blame for Israel’s failure to take better advantage of President Donald Trump’s recognition of Yerushalayim as Israel’s capital.

While Netanyahu continues to hold the foreign affairs portfolio, there is no full-time foreign minister, and the country suffers from it: