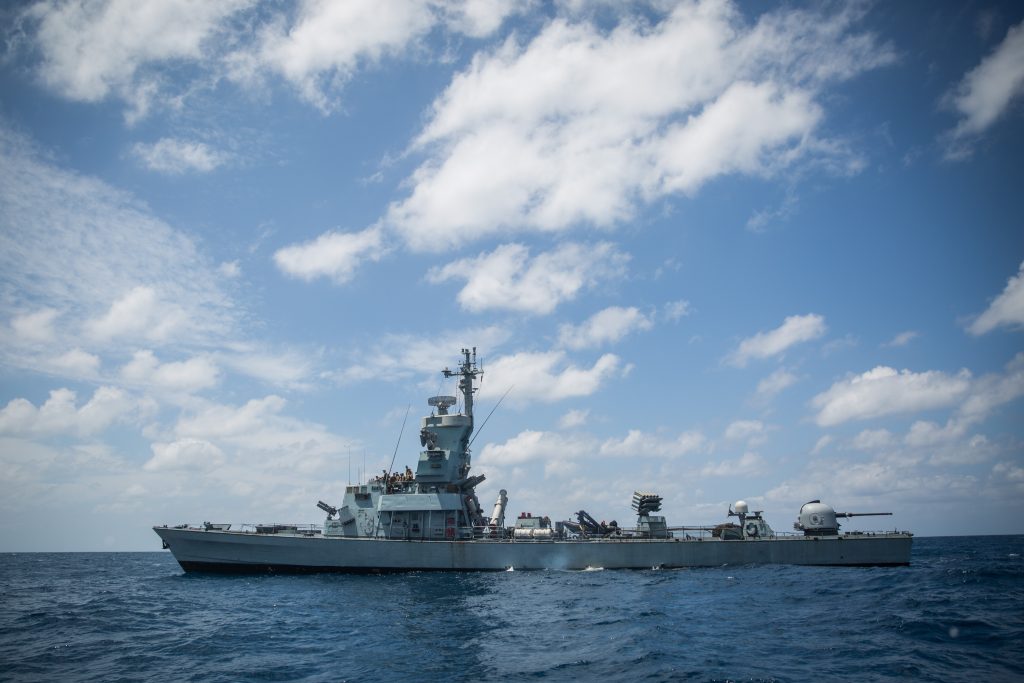 Reports on the threat from Hezbollah usually focus on the terrorist group’s massive arsenal of short- and long-range rockets. But on Sunday, a senior Israeli military figure warned of the Lebanese militia’s capacity to attack from the sea.

Rear Admiral (Ret.) Professor Shaul Chorev told The Jerusalem Post that Israel must be prepared for suicide ships, such as have been used in the conflict in Yemen.

“Hezbollah will not need to equip themselves with ships like Israel, but we must assume they will use asymmetric warfare to challenge Israeli technology like land-to-sea missiles or suicide ships like you see in Yemen,” Chorev, a former deputy chief of naval operations, said. He was speaking at a geostrategy conference jointly organized by Haifa University’s Research Center for Maritime Policy & Strategy (HMS) and the Chaikin Chair for Geostrategy.

In January 2017, two Saudi sailors were killed when Houthi rebels rammed the side of a Saudi frigate off the coast of Yemen with a small boat before a suicide bomber detonated the vessel. The Houtis are aided by Iran and Hezbollah.

“Iran, which supports the Assad regime in Syria, participates in the war alongside Russia and has exploited the situation in order to upgrade its status in the region to almost that of a regional superpower,” Chorev wrote in the Center’s 2017-2018 Maritime Strategic Assessment for Israel.

Iran “is on the verge of reaching the Mediterranean, including the use of Syrian ports by the Iranian navy,” and he urged that the U.S. and Russia block such a development.

Nor is Russia a benign presence. “The Russians have come into the Middle East taking over from the Americans who have neglected the Eastern Mediterranean,” Chorev said, adding that the Russians may limit the operational activity of Israel’s navy.

Meanwhile, the IDF spokesman made sure that the missile threat is not forgotten. In a rare op-ed in Arabic issued over Lebanese news outlets, Brig. Gen. Ronen Manelis charged that Iran has turned the country into “one big missile factory.”

“It is no longer the transfer of weapons, money and advice. Iran has de facto opened a new branch — ‘the Lebanon Branch.’ Iran is here,” he wrote.