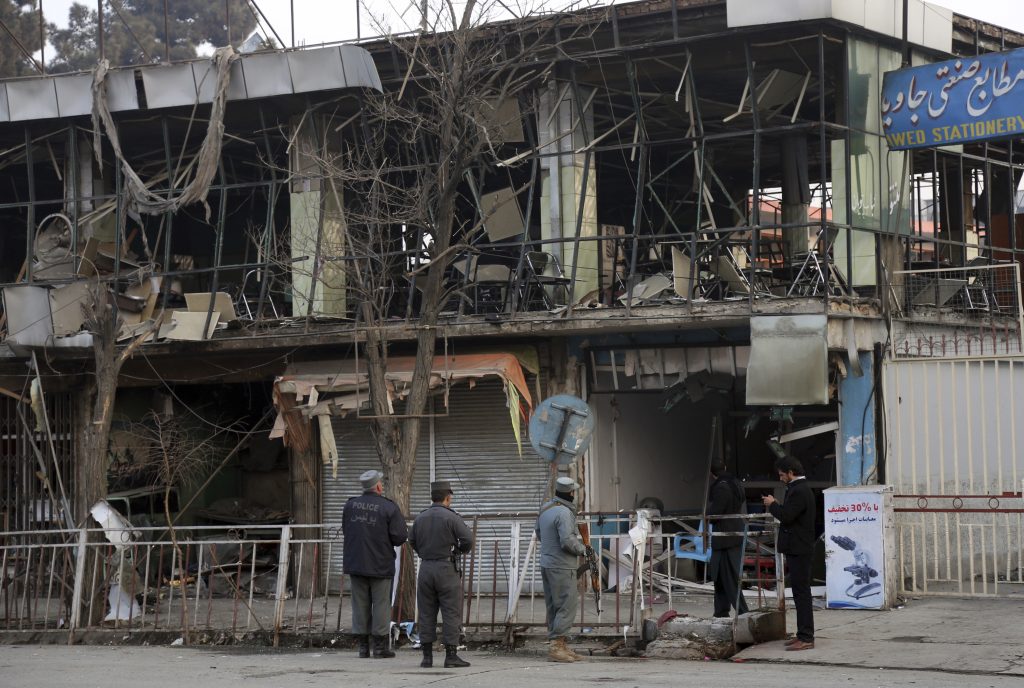 Afghan authorities have raised the dead toll from Saturday’s suicide bombing in Kabul to 103.

The terrorist drove an ambulance filled with explosives and was able to race through a security checkpoint by saying he was transferring a patient to a hospital. The explosion damaged or destroyed dozens of shops and vehicles.

Interior Minister Wais Ahmad Barmak provided the updated death toll on Sunday, saying another 235 people were wounded in the attack. He said police were among those killed and wounded.

Ahmad Fahim, a shopkeeper who survived Saturday’s attack, said several fellow merchants were wounded or killed. He said he had seen many victims who lost arms or legs in the blast.

The Taliban claimed the attack, which dealt a major blow to the U.S.-backed Afghan government. Afghan security forces have struggled to combat the Taliban since the U.S. and NATO formally concluded their combat mission at the end of 2014.

The government declared a day of mourning, with shops closed and flags at half-staff.

The powerful explosion could be felt across the city and left the surrounding area blanketed in dust and smoke. It came a week after Taliban militants stormed a luxury hotel in Kabul, killing 22 people, including 14 foreigners, and setting off a 13-hour battle with security forces.

Masoom Stanekzai, the head of Afghanistan’s intelligence service, said five suspects have been arrested for their involvement in the attack on the Intercontinental Hotel and that another had fled the country. He said four people have been arrested in connection with Saturday’s attack.