Politics FOCUS: What Will Be in Trump’s First State of the Union Speech?
Politics 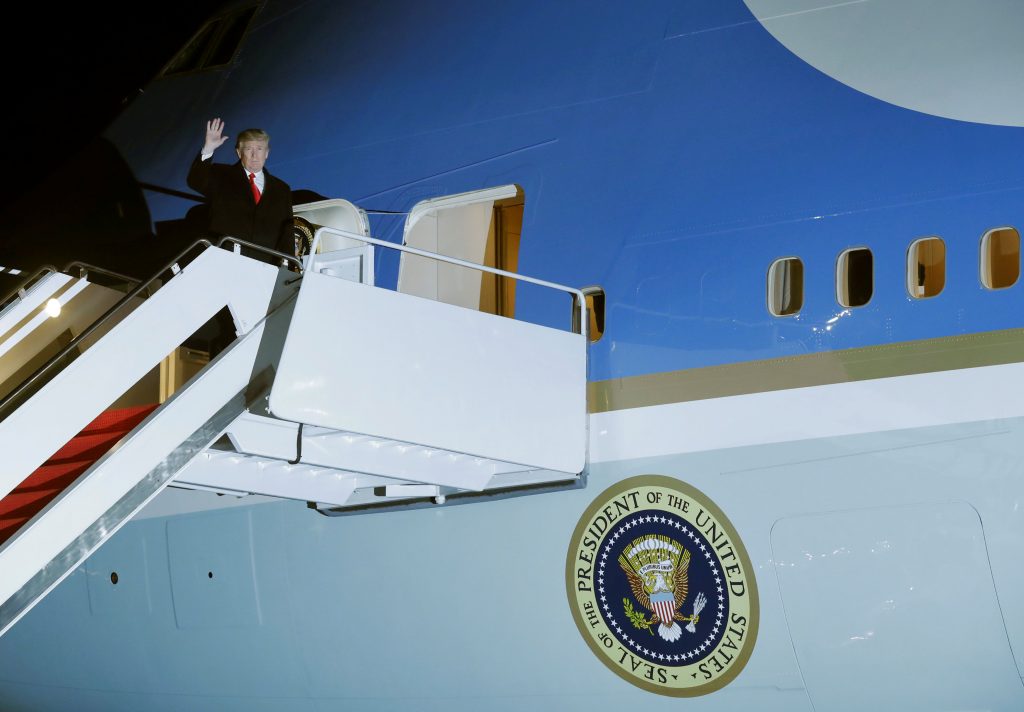 President Donald Trump will deliver his first State of the Union address on Tuesday, an hour-long speech to Congress and the nation with the theme: “Building a safe, strong and proud America.”

President Trump’s speech comes on the back of a three-day government shutdown, and ahead of a Feb. 8 deadline for deeply divided Republicans and Democrats to agree on how to fund the government and overhaul immigration laws.

The address, required by the Constitution, will focus on President Trump’s priorities in five areas, a senior administration official told reporters on Friday: jobs, infrastructure, immigration, trade and national security.

Here is what’s in play:

Expect President Trump to take a victory lap over his recent tax cuts and record high stock markets. With unemployment for African-Americans, Hispanics and women at record lows, Trump will “make clear that all groups are benefiting under this presidency,” the official said.

President Trump may talk about some of first lady Melania Trump’s guests for the speech, who are expected to include people who have benefited from the tax cuts.

President Trump has pledged to rebuild the nation’s aging infrastructure, but has provided few details on his $1.7 trillion plan.

It is unlikely that he will delve too deeply into the plan during his speech, though the topic which has “large bipartisan support” will be a theme, the official said.

President Trump will make the case for letting “Dreamers,” a group of immigrants brought into the country illegally as children, stay in the United States. But he will insist that lawmakers agree to pay for a wall on the southern border, as well as curb immigrants’ ability to sponsor family members.

His immigration proposal has upset both pro-immigration groups who call it a bad trade, and hardliners who object to what they call “amnesty” for illegal immigrants.

Some Democratic lawmakers have invited “Dreamers” as guests to hear the speech in person.

Few issues fire up Trump more than seeing other countries sell more goods to  America than U.S. companies export in return. He will insist in his speech on “fair and reciprocal” trade deals, the official said.

Trump recently told Reuters he would discuss the U.S. trade imbalance with China during his State of the Union speech, and said he was considering retaliation over intellectual property issues.

The White House sought to temper expectations on Friday about how many specifics would be in the address.

The speech will focus on domestic issues, but will include Trump’s plea to beef up funding for the military and a discussion of top threats including North Korea’s nuclear and missile tests.

The White House often struggles to maintain momentum on policy when Trump’s tweets and off-the-cuff remarks upstage his scripted speeches. Developments in the special counsel probe into Russia’s meddling in the 2016 election also often overshadow his plans.

For example, Trump was praised for his unifying tone in his first address to Congress last February. “Many Americans had not seen the president unfiltered for 60 minutes, and what they saw was a very attractive message and a very attractive agenda,” the official told reporters.

But days after that speech, Trump accused former President Barack Obama on Twitter of ordering his “wires tapped” at Trump Tower in New York City, setting off a firestorm of criticism and drowning out discussion of Trump’s speech.