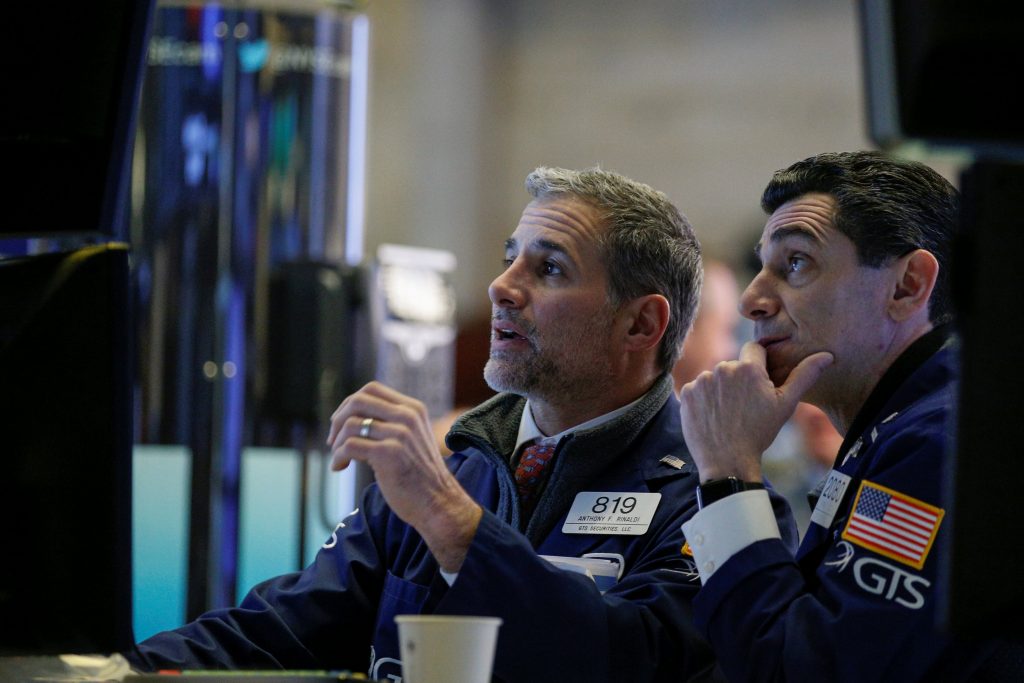 U.S. stocks rose to fresh records on Friday, propelled by strong earnings from Intel and drugmaker AbbVie as well as a weaker dollar, putting the three main indexes on track for their best four-week rally since 2016.

Intel’s shares jumped more than 9 percent to their highest in almost two decades, after strong results offered the clearest sign yet that its years-long effort to shift away from a slowing PC business was paying off.

The earnings helped investors looked beyond data that showed that U.S. economic growth unexpectedly slowed in the fourth quarter.

Gross domestic product increased at a 2.6-percent annual rate in the fourth quarter, the Commerce Department said in its advance GDP report. Economists polled by Reuters had forecast the economy to expand at a 3 percent rate.

Markets have moved this week on comments from top U.S. officials at the World Economic Forum in Davos.

U.S. Treasury Secretary Steven Mnuchin’s endorsement of a weak dollar triggered a slide in the currency that helped prop up the indexes. The greenback clawed back some of the losses after President Donald Trump said he ultimately wants the dollar to be strong.

The dollar was last down 0.44 percent against a basket of currencies.

Trump, in his address at Davos, warned trading partners that Washington would no longer tolerate unfair trade, but added that the United States was “open for business.”

Of the 133 S&P 500 companies that have reported quarterly earnings so far, 79.7 percent have topped expectations, versus an average of 72 percent over the previous four quarters.

Honeywell rose 1.2 percent after the company raised its forecast for 2018 profit.

Starbucks fell about 5 percent after it warned that 2018 global cafe sales growth would be at the low end of its forecast.