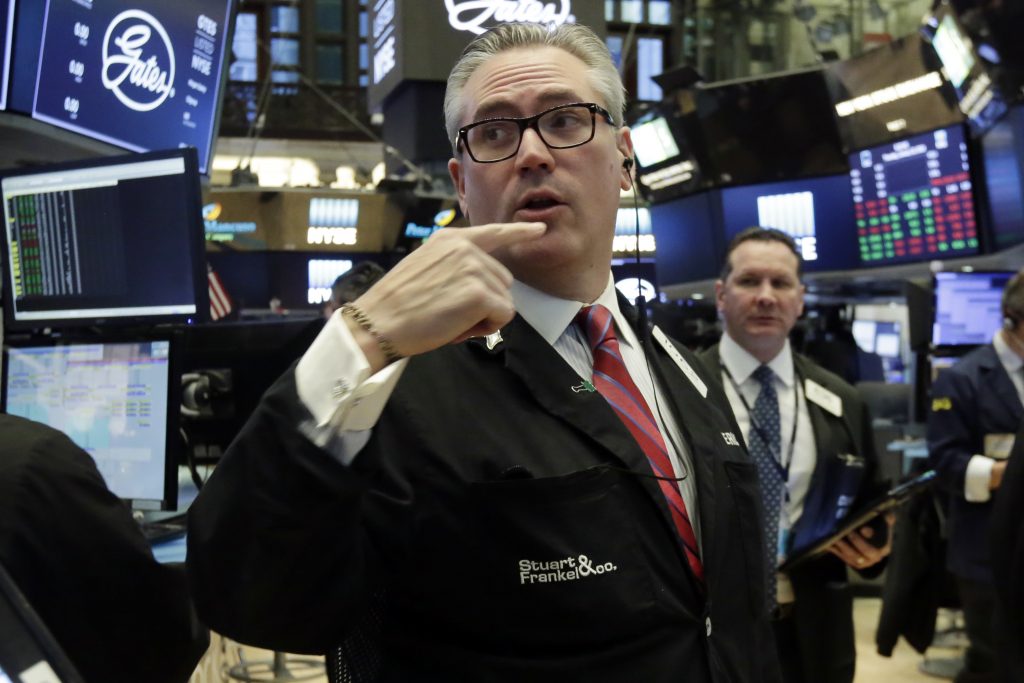 The Dow Jones Industrial Average hit a record high on Thursday, although much of Wall Street relinquished earlier gains after President Donald Trump said he wants a strong dollar.

The U.S. currency regained losses against a basket of major currencies after Trump told CNBC in an interview in Davos, Switzerland, that he wants to see a strong dollar.

Shares of Caterpillar Inc fell as much as 3.5 percent and rose as much as 2.8 percent in the wake of its quarterly earnings. The stock was last down 0.42 percent.

“If growth continues the way we expect, we should see a rotation out of these mega cap tech companies and into more of the higher-leveraged value companies,” said Jack Ablin, chief investment officer at BMO Private Bank in Chicago.

“And Caterpillar is it.”

Robust quarterly earnings and economic data have given Wall Street a strong start to 2018, with the three major indexes up more than 6 percent year to date.

But the market’s relentless rise over the past year has some investors worried about a correction.

“It’s a market that ignores all bad news and thrives on good news. It’s scary. The correction is going to be cruel, cold and brutal when it happens,” said Jake Dollarhide, chief executive officer of Longbow Asset Management in Tulsa, Oklahoma.

S&P 500 companies on average are expected to have increased their fourth-quarter earnings by 12.7 percent, according to Thomson Reuters I/B/E/S.

Of the 118 S&P 500 companies that have already posted results, 78.8 percent have topped expectations, versus an average of 72 percent over the previous four quarters.

After the close of trading on Thursday, results are expected from Intel Corp and Starbucks Corp.