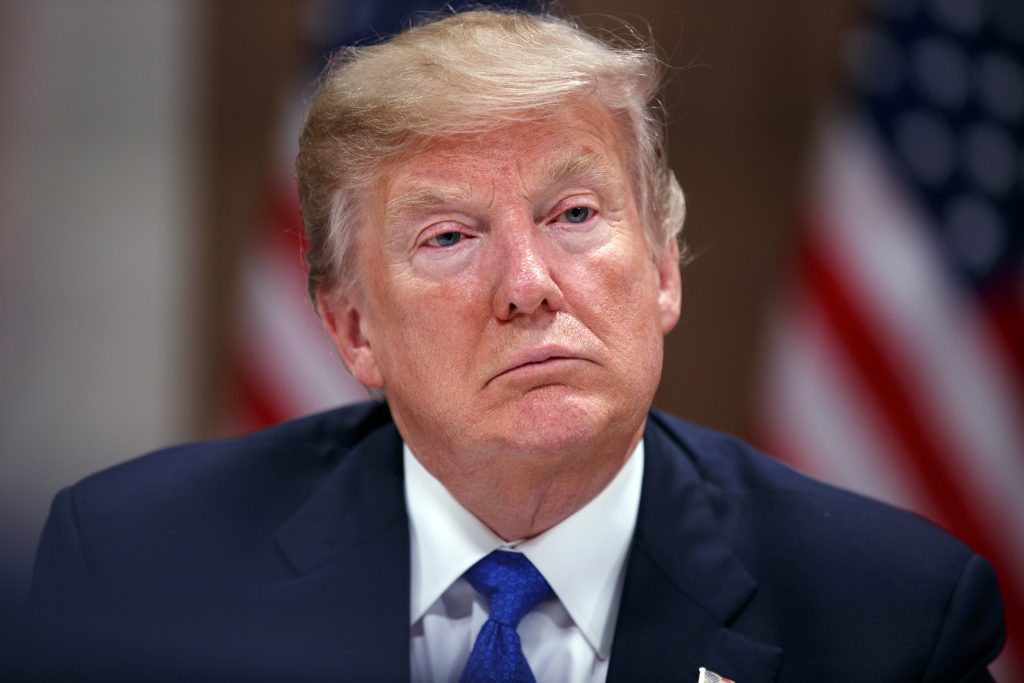 President Donald Trump’s immigration proposal to Congress will include a path to citizenship for an estimated 1.8 million young undocumented immigrants, White House officials said Thursday, more than twice the number of “dreamers” who were enrolled in a deferred action program Trump terminated last fall.

The figure represents a significant concession to Democrats but is likely to produce sharp blowback among conservative Republicans, even as the White House cast the move as one piece of an immigration framework that would significantly tighten border control laws.

Trump’s plan, which will be formally sent to the Senate on Monday, also includes a $25 billion “trust fund” for a border wall and additional security upgrades on both the southwest and northern U.S. borders. And the president will propose significant curbs to legal immigration channels, restricting the ability of U.S. citizens to petition for visas only for spouses and minor children and ending categories for parents and siblings. Both of those provisions are likely to engender fierce objections among liberal Democrats.

Senior White House officials, who briefed reporters on the details, described the plan as a compromise intended to break an immigration impasse as Congress deliberates over the future of 690,000 enrolled in Deferred Action for Childhood Arrivals (DACA) whose temporary work permits will begin to expire March 5.

The officials said that the plan will be delivered to the Senate with hopes that Majority Leader Mitch McConnell, R-Ky., would bring a bill to the floor the week of Feb. 6, just days before a Feb. 8 deadline for a must-pass spending bill to keep the government open. Many Democrats and some Republicans said they will not support a long-term spending bill without an immigration deal.

“This is kind of a bottom line,” said one senior administration official, who like the others spoke on condition of anonymity to discuss a proposal that had not been made public. “This is the president’s position. Then it goes to the Hill and they digest it and develop a bill they think can pass. … If it’s realistic, he’ll sign it. If not, he won’t.”

The details of the White House plan come a day after Trump told reporters that he would be open to an immigration deal that includes a path to citizenship that would take up to 12 years for DACA recipients, immigrants known as dreamers who have lived in the country illegally since they were children.

Trump and senior aides indicated on Wednesday that the citizenship path would be limited to the 690,000 dreamers in the program when the president terminated it. Officials said Thursday that the citizenship path would be open to anyone who had been eligible for DACA, even the hundreds of thousands of dreamers who never applied. The Migration Policy Institute has estimated that 1.3 million dreamers were eligible for DACA last year with another 600,000 who could potentially become eligible if they met certain requirements.

White House officials acknowledged that the House would likely take up a separate immigration proposal that could take a more conservative approach, potentially setting up a cross-chamber conference for a final deal that would come to Trump’s desk.

But getting to that point remains fraught and the White House proposal is likely to be treated in the Senate as a starting point in the debate, not the bottom line. Conservative news sites hammered Trump for his support of a path to citizenship, with Breitbart News calling the president “Amnesty Don” in a headline Thursday.