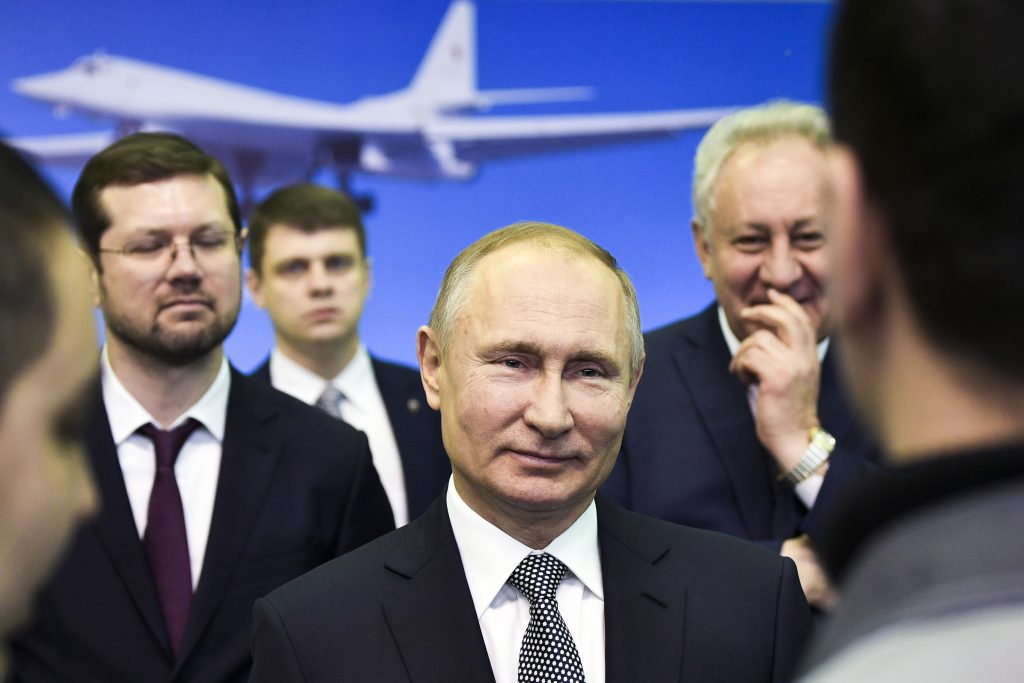 Speaking on a visit to an aircraft-making plant in Kazan, Putin said the revamped version of the Soviet-designed Tu-160 bomber features new engines and avionics that would significantly enhance its capability.

The Russian leader attended the signing of a 160-billion-ruble (about $2.9 billion) contract that will see the delivery of 10 such planes to the Russian air force.

He said the upgraded bomber is a “serious step in the development of high-tech industries and strengthening the nation’s defense capabilities.”

The four-engine supersonic bomber developed in the 1980s is the largest combat plane in the world. During Russia’s campaign in Syria, the military used the Tu-160s to launch long-range cruise missiles at militant targets.

Putin also suggested that the plant develop a supersonic passenger jet based on the Tu-160, saying that Russia’s vast territory would warrant such a design.

The state-controlled United Aircraft Corp. said in a statement carried by Tass news agency that preliminary work has started on designing such a plane.

The Soviet-designed Tu-144 supersonic passenger jet that rivaled the British-French Concorde saw only a brief service with Aeroflot after Soviet officials decided it was too costly to operate. Concorde entered service in 1976 and operated for 27 years.