National The Last U.S. Slave Ship, Burned to Hide Its Horrors; May Have Been Unearthed by a Storm
National 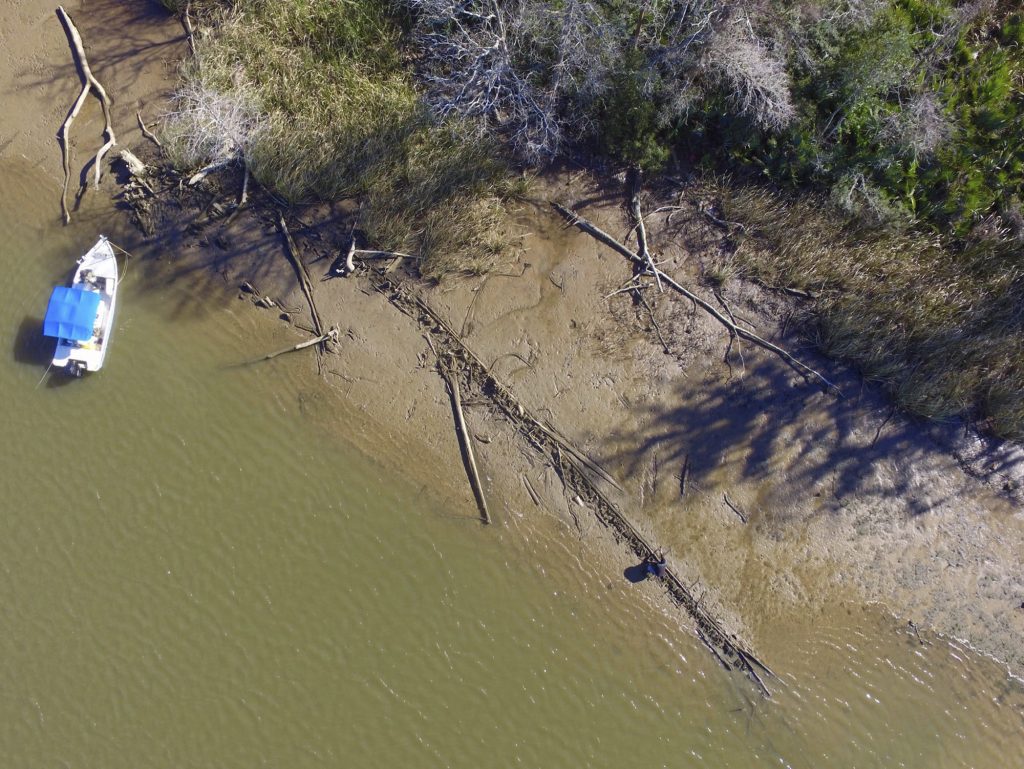 In the summer of 1860, half a century after the United States banned the trans-Atlantic slave trade, Capt. William Foster sneaked 110 African slaves into Mobile, Alabama – and knew that the floating evidence of the illegal deed could get him killed.

The trip was more part of an obscene bet than any sort of profit-making scheme, but the Clotilda, the ship that made the months-long journey, held the telltale signs that it was an illegal slaver: containers for water and food, and the lingering stench.

If caught, Foster and his crew could be imprisoned or executed, so they found a remote section of the Mobile-Tensaw Delta and torched the ship, igniting a mystery that would endure for a century and a half.

What happened to the Clotilda, the last ship to bring slaves to the United States?

Ben Raines, a reporter for the Birmingham News and a part-time nature guide, believes he has unearthed the answer – and the remains of the Clotilda, partly buried in 10 feet of river mud.

It was part investigative journalism and part luck: The shipwreck is normally underwater, but was exposed by abnormally low tides caused by the same weather system that brought the “bomb cyclone” to the East Coast.

That part of the bay is dotted with abandoned ships and sunken barges, but experts think the remains Raines found could be those of the Clotilda, according to the Associated Press, based on the location and the derelict craft’s construction.

“You can definitely say maybe, and maybe even a little bit stronger, because the location is right, the construction seems to be right, from the proper time period, it appears to be burnt. So I’d say very compelling, for sure,” Greg Cook, a University of West Florida archaeologist who examined the wreck, told the AP.

State and federal officials are investigating the wreck, Raines reported, to determine whether the decaying pieces of wood really are the final puzzle piece in the Clotilda’s history. The 110 slaves aboard were the only ones who could precisely trace their lineage across the Atlantic Ocean, all because of an act of human trafficking that started with a bet.

Timothy Meaher, the man who financed the expedition, didn’t need the money. He was a wealthy plantation owner and steamboat captain. But he and Foster wanted to show they could “bring a shipful of [slaves] right into Mobile Bay under [federal] officers’ noses,” according to an account by historian Sylviane Anna Diouf.

According to Foster’s journal, the scheme went like this:

Foster and his crew traveled to “the kingdom of Dahomey” (now the West African nation of Benin) and capitalized on conflict between warring nations by buying captives, whom they brought back to Mobile.

They disguised the true nature of the trip by stopping in Caribbean ports and hiding supplies to feed the captives under piles of lumber, according to the Birmingham News. Along the way, they survived a collision with a pursuing Portuguese ship, a mutiny by the crew and a storm that ripped a mast from the ship. But the biggest risk came at the end.

The plan had been to unload the slaves and sail to Mexico, where the ship would be cleaned, altered and given a new, false identity.

Meaher knew the scheme had been discovered and feared the feds could be closing in, so the plan suddenly shifted. They would transfer the slaves to a riverboat, then burn Clotilda in the secluded area.

“The Delta is a vast wetland, about 13 miles wide, and divided by dozens of rivers, creeks, bayous and islands. Using the Spanish River meant the Clotilda traveled up the east side of two islands, Pinto and Blakeley, and allowed Foster to bypass the downtown waterfront, which was already heavily populated in the 1850s.

“‘I towed the Clotilda into Mobile Bay and up to 12 Mile Island and transferred the [captives] to a river steamboat the Czar and then I burned her and sunk her in 20 feet of water,’ reads Foster’s testimony, suggesting he burned the ship next to 12 Mile Island, which is precisely where I found it.”

The act of arson was successful. Meaher and Foster were never convicted of their crimes, in part because the nation’s attention was quickly turning to the Civil War. According to the Birmingham News, Meaher was quoted in an 1890 newspaper article bragging about smuggling slaves into the country and Foster recorded his thoughts about the endeavor in a journal that has been committed to historical record.

The slaves fought unsuccessfully to be returned to their native lands, petitioning Meaher, then the federal government, to no avail.

After emancipation, Diouf wrote, the group reunited from the various plantations they had been sold to and founded a settlement that became known as Africatown:

“They ruled it according to their customary laws, continued to speak their own languages – which they taught their children – and insisted that writers use their African names so that their families would know that they were still alive.”

In 2012, the federal government recognized Africatown as a national historic place. It has a welcome center and a historic cemetery and hosts an annual 5K race.

Near the end of his lengthy piece, Raines reflected about what he believes the unearthing of the Clotilda means to those forced migrants and the rest of the community.

“Just a few miles away, on the east side of the Mobile-Tensaw Delta, lies the site of the Battle of Blakeley, the last battle of the Civil War, fought five years after the Clotilda was burned,” he wrote.

“It is easy, standing in the wintertime gloom of these Alabama swamps, to imagine that old ghosts haunt these bayous. Maybe this could help put some of them to rest.”