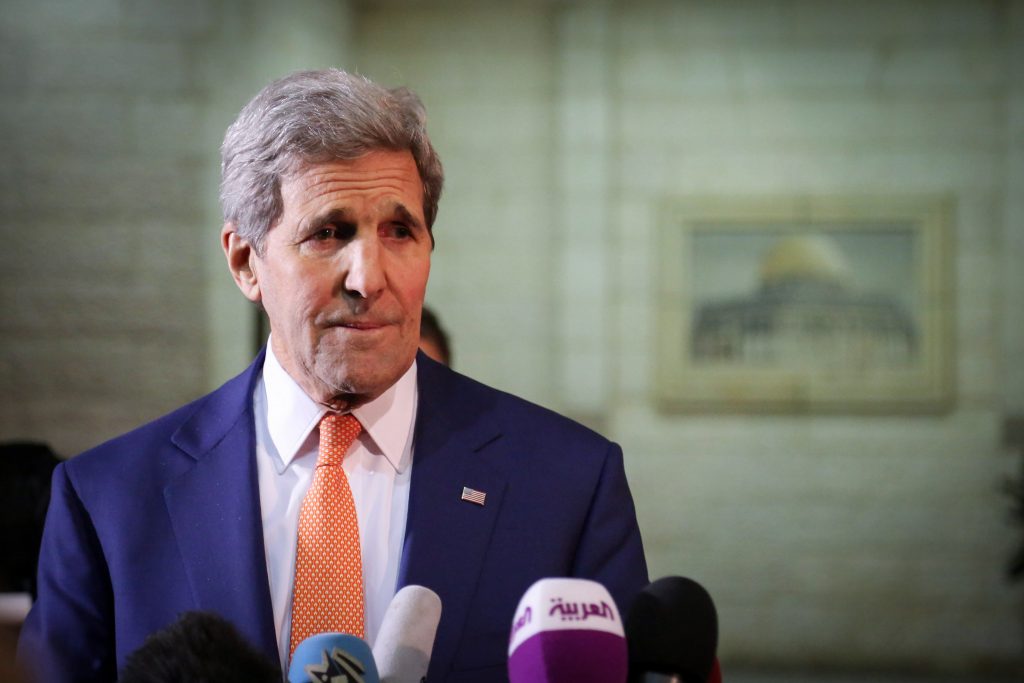 Former U.S. Secretary of State John Kerry reportedly held a meeting recently with a close associate of Palestinian Authority President Mahmoud Abbas in which he asked him to convey a message to his boss:

“Hold on and be strong.” Tell him, he told Hussein Agha, a veteran PA negotiator, “that he should stay strong in his spirit and play for time, that he will not break and will not yield to President Trump’s demands.”

The extraordinary conversation, which took place in London, was reported by the senior Israeli journalist Ben Caspit. A PA official later confirmed that the meeting took place.

According to the report, Kerry went beyond offering “moral support,” and actually said that he would help the Palestinians to draw up a strategy for foiling the president’s Mideast policy and drafting a peace plan of their own.

“Maybe it is time for the Palestinians to define their peace principles and present a positive plan,” Kerry suggested.

In the meantime, the former secretary of state counseled that Abbas should focus attacks on President Donald Trump personally, rather than on the U.S. or the administration. He blamed Trump, in derogatory terms, for the deterioration of the peace process, and said he was willing to use all his contacts and influence to line up other countries to support an alternative peace plan.

Kerry also reportedly hinted that he is seriously considering running for president in 2020. When asked about his advanced age, he said he was not much older than Trump and would not have an age problem.

Both Kerry and Agha have declined to comment on the report.