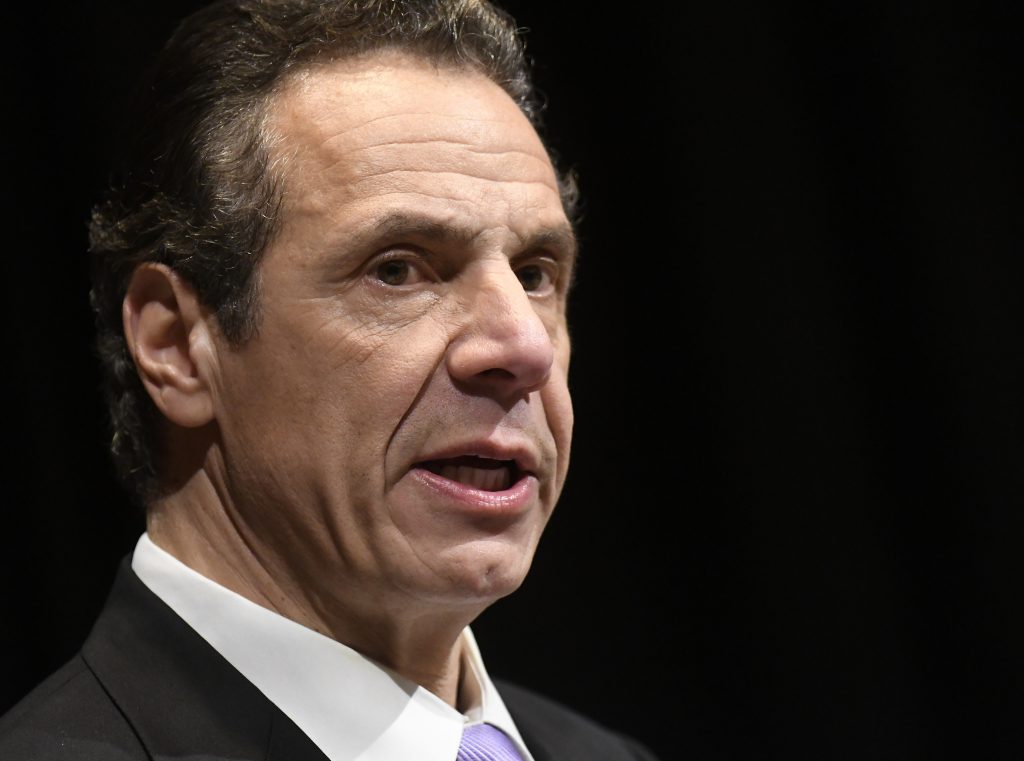 The new policy aims to protect consumers by using the state’s lucrative information technology contracts as leverage over internet companies. It’s similar to one enacted through executive order Monday by Democratic Gov. Steve Bullock of Montana and comes as states consider how to respond after the Federal Communications Commission last month repealed its own net neutrality policy.

Attorneys general for 21 states and the District of Columbia also have sued to block the repeal of the federal policy, which had banned companies from interfering with web traffic or speeds to favor certain sites or apps. New York Attorney General Eric Schneiderman, a Democrat, is leading the lawsuit.

“The FCC’s dangerous ruling goes against the core values of our democracy, and New York will do everything in our power to protect net neutrality and the free exchange of ideas,” said Cuomo.

New York state legislators had pushed for the new policy as a simpler alternative to proposals to impose state regulations on internet companies. Assemblywoman Patricia Fahy, an Albany Democrat, announced legislation this week that would mandate net neutrality for internet companies doing business with local governments in addition to state governments. Fahy said there’s still a need for her bill even after Cuomo’s executive order. A Cuomo spokesman said the governor supports her proposal.

Messages left with spokespeople for AT&T, Spectrum and Verizon were not immediately returned Wednesday.