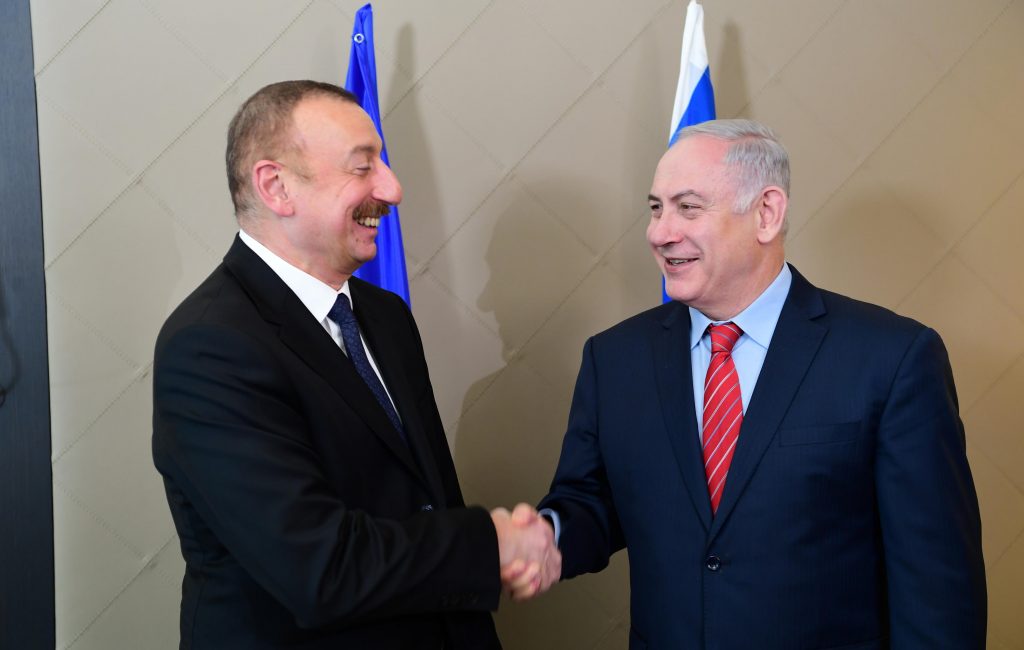 In a statement released by the Prime Minister’s Office, Netanyahu said the meeting with Merkel was “important.”

“We spoke about the nuclear agreement with Iran. I said that in my opinion, the only option at the moment is to introduce real, rather than cosmetic, amendments that will prevent Iran from nuclearization, which is currently guaranteed under the agreement,” Netanyahu said, adding that “I expressed my appreciation for the real commitment of the chancellor to Israel’s security.”

Netanyahu said that Merkel “repeated her commitment and said that she understands our concerns about the nuclear agreement. She does not necessarily agree with the way we want to deal with it….but she understands that it has to do with our concern for something that threatens our very existence, which she is committed to [safeguarding].”

However, later in the day, German diplomatic sources were quoted denying that Merkel expressed understanding for Israel’s opposition to the nuclear deal.

“She understands Israel’s general concerns regarding Iran,” they told The Times of Israel, referring to Iran’s ballistic missiles development and penetration of Syria and elsewhere. However, they stressed that Germany stands fully behind the nuclear deal.

At a photo op with his Belgian counterpart, Netanyahu apologized for not meeting with him when he was in Brussels last month. No mention was made concerning an Israeli media report that Belgium, Luxembourg, Ireland and Slovenia intend to recognize Palestine as an independent state.

Netanyahu invited each of the leaders to visit Israel.

Later Wednesday, he was slated to sit down with Ukrainian President Petro Poroshenko, Rwandan President Paul Kagame and French President Emmanuel Macron, as well as the CEO of the SAP German multinational software corporation, Bill McDermott.

Netanyahu is scheduled to meet with President Donald Trump on Thursday afternoon in Davos.