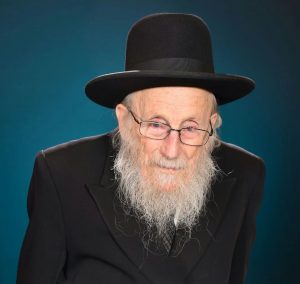 The Torah world was deeply saddened by the news of the passing of Harav Shlomo Zalman Ulman, zt”l, 91, in Bnei Brak’s Mayanei Yeshua Hospital on Wednesday night.

Rav Ulman had served as Rav of the Mishkenos Yaakov neighborhood in Bnei Brak since its founding some 30 years ago in memory of the author of Kehillos Yaakov, the Steipler Gaon, and as a Dayan on the beis din of yblc”t Harav Nissim Karelitz, shlita.

Rav Ulman was born in Romania to Rav Michal Ulman, z”l, and Rebbitzen Chaya Gitel, a”h. After coming to Eretz Yisrael, he distinguished himself as a talmid of Harav Eliyahu Eliezer Dessler, zt”l, and Harav Yosef Kahaneman, zt”l, at Yeshivas Ponevez in Bnei Brak. He also attached himself to the Chazon Ish, zt”l, and followed in his path for the rest of his life.

As his health declined over the past five years, his duties as Rav of Mishkenos Yaakov were assumed by yblc”t his son Rav Yisrael.

The levayah was scheduled to depart from Midrash Mishkenos Yaakov to the beis hakvaros of Ponevez at 10 p.m. Wednesday night.