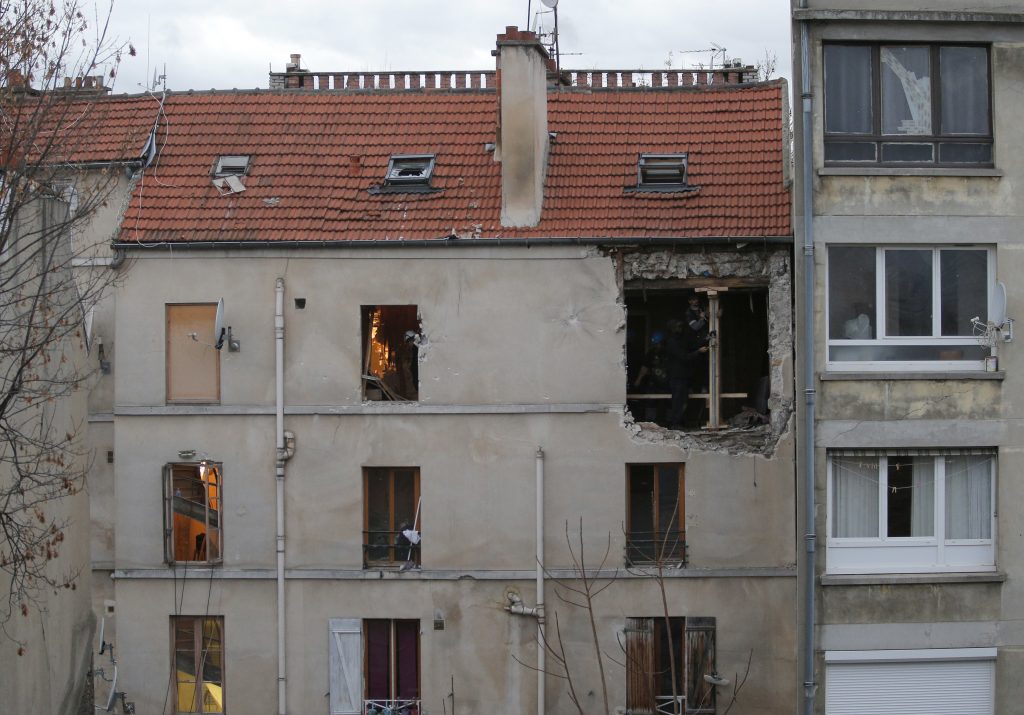 The first trial related to the 2015 deadly Islamic State attacks on Paris went ahead as planned Wednesday after one of the suspects was successfully transferred to a Paris court despite a national protest by prison guards.

Jawad Bendaoud was scheduled to appear in court later for the much-awaited trial. He’s accused of helping two of the terrorists — including the suspected ringleader — hide from police when they were the most wanted men in France.

There were fears Bendaoud would not be able to attend the trial after guards protesting over prison working conditions blocked the entrance of the Fresnes prison, south of Paris, earlier Wednesday. But a spokesman for the penitentiary administration said he was taken out after police cleared the main access to the jail. The trial started later in the afternoon.

Bendaoud, an outspoken 31-year-old with a criminal record, provided lodging to the two terrorists, but has claimed he didn’t know they were two of the Paris terrorists or even wanted terrorists. He faces up to six years in prison if convicted.

About 500 victims of the attacks and their relatives have joined the legal action, or applied to be registered as plaintiffs. Bilal Mokono, who was seriously injured by a suicide bomber outside the Stade de France, where he was headed with his 13-year-old son, said he was eager for the trial to begin.

“I don’t want to miss one second of these trials because I want to understand the story,” he said. “It is important for me to be here for my son, but also for the victims who don’t have the strength or don’t have the will to be here but who are still expecting answers.”

Bendaoud is to be joined at the trial by two other suspects: Mohamed Soumah, accused of acting as an intermediary with Bendaoud to find lodging for the two fugitives; and Youssef Ait-Boulahcen, accused of being aware of their whereabouts and not informing the authorities.

Both have denied the accusations. Soumah faces up to six years in prison and Ait-Boulahcen up to five years if found guilty.

While the trial doesn’t directly deal with the attacks themselves, it is important for survivors and families of victims who are seeking justice.

“We have been suffering for the past two years and we need to see something happening, we need to see these people being held accountable,” said Aurelie Bonnet, whose husband was killed in the attacks. “I hope that this weird man will not fool people. I hope (the judges) will see he is a lousy animal.”

Of the nine men who directly carried out the Paris attacks, seven died at the scene. The two surviving killers fled and hid in the apartment Bendaoud rented to them in the town of Saint-Denis north of Paris, and then died during a violent several-hour-long police assault on Nov. 18, 2015.

Bendaoud won immediate, though involuntary, fame all over France when he gave a surprising media interview during the police operation on the apartment. He approached the security perimeter set up around the besieged building and spoke to journalists to clumsily proclaim his innocence.

“I wasn’t aware they were terrorists. I was asked to do service, I did service, sir,” he told a reporter from BFMTV channel.

“I was told to put up two people for three days, I helped out normally,” he explained, before being interrupted by a police officer who came to arrest him in front of the live camera.