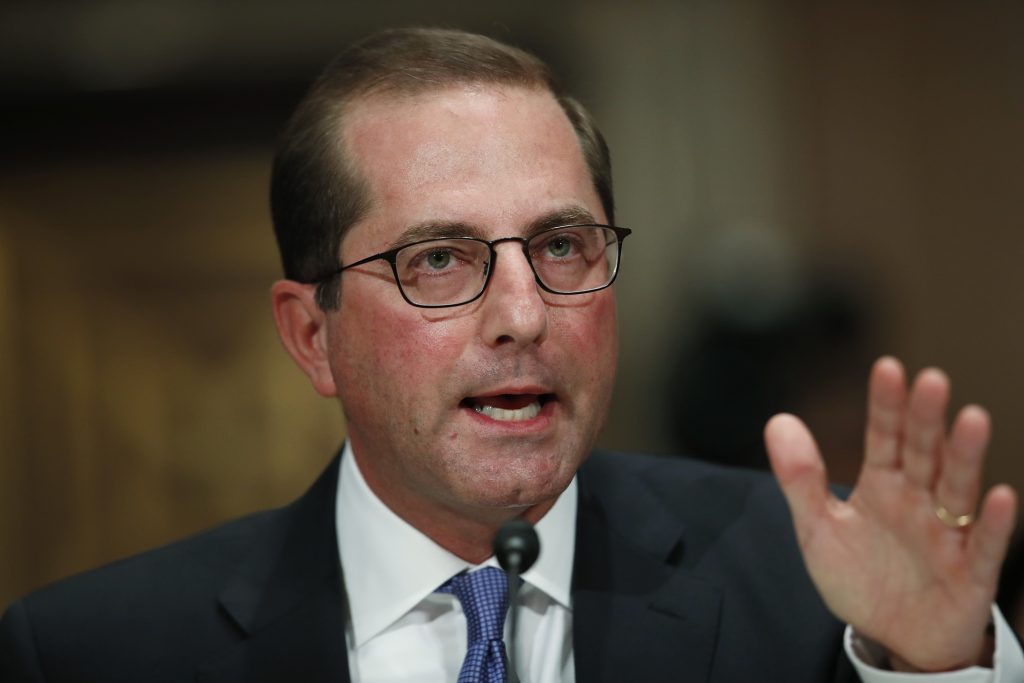 The Senate voted Wednesday to confirm Alex Azar, a former drug industry executive with pristine conservative credentials, as the next secretary of the Department of Health and Human Services.

The 55 to 43 vote for Azar ushers in his return to the government’s largest domestic agency, where he held senior roles during the tenure of the last Republican president. He will become the Trump administration’s second HHS leader in 11 months; his predecessor, Tom Price, resigned in the fall amid an investigation of his use of expensive private planes for official business.

Azar, 50, will take over as policies in the sprawling department, with its budget of more than $1.1 trillion, are tilting to the right. A new civil rights division has just been created to protect health-care workers who refuse to provide services inconsistent with their moral or religious beliefs. For the first time, new rules allow states to impose work requirements as part of their Medicaid programs.

Other priorities Azar will oversee include trying to control rampant opioid addiction that is ravaging many U.S. communities. He will be under pressure to find ways to constrain drug prices – a realm in which suspicions of him run high given his years as a top executive of Eli Lilly. In addition, he will be at the vortex of the ongoing political feud over the Affordable Care Act, the 2010 law that has spread insurance to millions of Americans and is a main whipping post of the administration and congressional Republicans.

Before the vote, leading GOP senators praised Azar for his expertise. “I can think of very few others as qualified to take the helm of this very large ship,” said Sen. Orrin Hatch (R-Utah), chairman of the Senate Finance Committee, which conducted his confirmation hearing and advanced his nomination a week ago. “With experience both on the company side and the government side of health care, he is now only more experienced and knowledgeable.”

Wyden also lashed out at a recent presidential executive order intended to make it easier for people to get skimpy, inexpensive health plans that do not meet ACA coverage requirements. “We’ll see if Mr. Azar is going to look the other way and allow scam artists to peddle junk coverage.”

Other Democrats said that, while they fear that Azar will align with what they called President Donald Trump’s “sabotage” of the ACA, they do not regard him with the same alarm as they did his predecessor. Sen. Chris Murphy (D-Conn.) said he was voting against Azar but noted that, in contrast with Price, the new nominee supported Obama-era efforts to rein in Medicare spending by shifting payment methods to foster care that can be demonstrated to be cost-effective.

At his Senate Finance hearing earlier this month, Azar testified that prescription drugs cost too much and said that he favors efforts to promote more competition among manufacturers. But he indicated that he does not support an idea Trump has intermittently raised and Democrats have long endorsed – letting the government directly negotiate drug prices within Medicare.

Wednesday’s vote marked the third time that Azar has won Senate confirmation. Early in the George W. Bush administration, he was confirmed as HHS general counsel. At the start of Bush’s second term, he was confirmed again as the department’s deputy secretary, a position he held for two years until leaving for the private sector.