World Trans-Pacific Trade Pact, Without U.S., to Be Signed in March
World 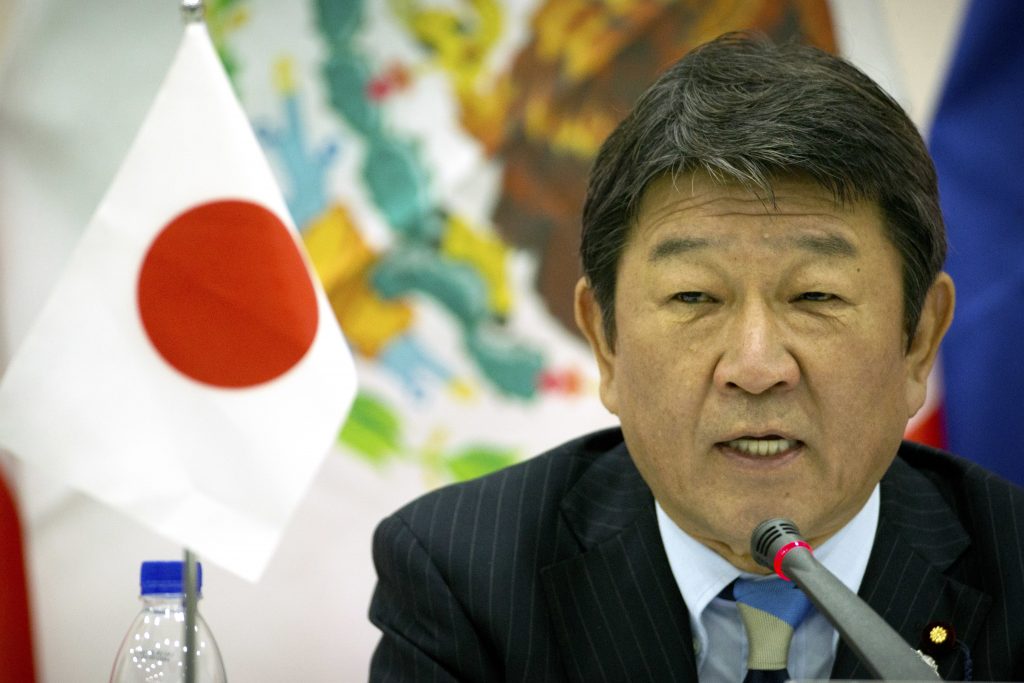 Eleven countries aiming to forge an Asia-Pacific trade pact after the United States pulled out of an earlier version will sign an agreement in Chile in March, Japan’s economy minister said on Tuesday, in a big win for Tokyo.

Trade officials had been meeting in Tokyo to resolve rifts including Canada’s insistence on protections for its cultural industries.

An agreement is a win for Japanese Prime Minister Shinzo Abe’s government, which has been lobbying hard to save the pact, originally called the Trans-Pacific Partnership.

In one of his first acts as U.S. president in January 2017, Donald Trump pulled the United States out of the original 12-nation treaty.

PM Abe has painted the deal as a spur to growth and reform in Japan and a symbol of commitment to free and multilateral trade at a time when Pres. Trump stresses “America First” policies.

Canada’s trade minister said in a statement it included an improved arrangement on autos with Japan and the suspension of intellectual property provisions that had been a concern.

The timing of the deal is significant for Canada, which is trying to diversify its exports. U.S., Canadian and Mexican negotiators opened a key week-long round of talks to modernize NAFTA on Tuesday.

Japanese Economy Minister Toshimitsu Motegi said the new Comprehensive and Progressive Agreement for Trans-Pacific Partnership (CPTPP), or TPP-11, would be an “engine to overcome protectionism” emerging in parts of the world.

He added that Japan would explain the importance of the deal to Washington in hopes of persuading it to join.

Ministers from the 11 countries, including Japan, Australia and Canada, agreed in November on core elements to move ahead without the United States, but demands by countries including Canada for measures to ensure the deal protects jobs blocked a final agreement.

“This outcome reaffirms the CPTPP countries’ collective commitment towards greater trade liberalization and regional integration,” Singapore’s Ministry of Trade and Industry said in a statement.

Canada, which wanted protection of its cultural industries, and Vietnam, which has worried about labor protection rules, will exchange separate side letters with other members on those topics at the time of the signing, Motegi said.