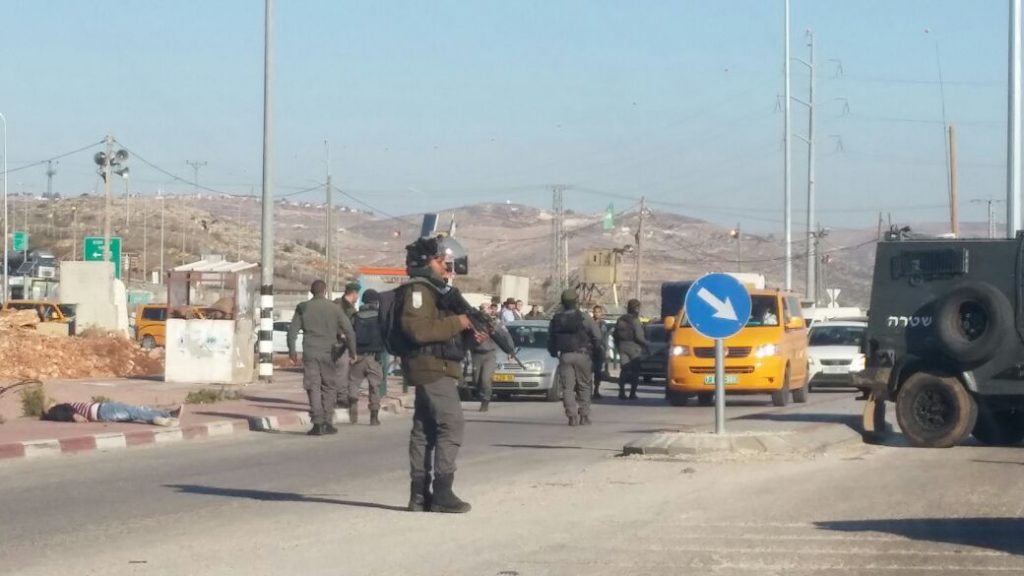 The two refused orders to halt. One officer fired a shot in the air to warn off the terrorists, one of whom pulled out a knife and began pursuing officers, seeking to stab them. A guard then shot both terrorists, neutralizing them. They were taken to Israeli hospitals for treatment. The two, teens from the Shechem area, have been placed under arrest. Security officials said that the stabbing appeared to be a spontaneous act, and not organized by Hamas or other terror groups.

Also Tuesday afternoon, Israeli security forces were attempting to put down a riot next to the village of Hizme, north of Yerushalayim. Hizme is located adjacent to Road 60, the northern entrance into Yerushalayim that brings drivers to Pisgat Ze’ev. Israeli forces were using antiriot measures to halt the disturbances. Security forces were also ensuring that the road for Israeli drivers remained open.