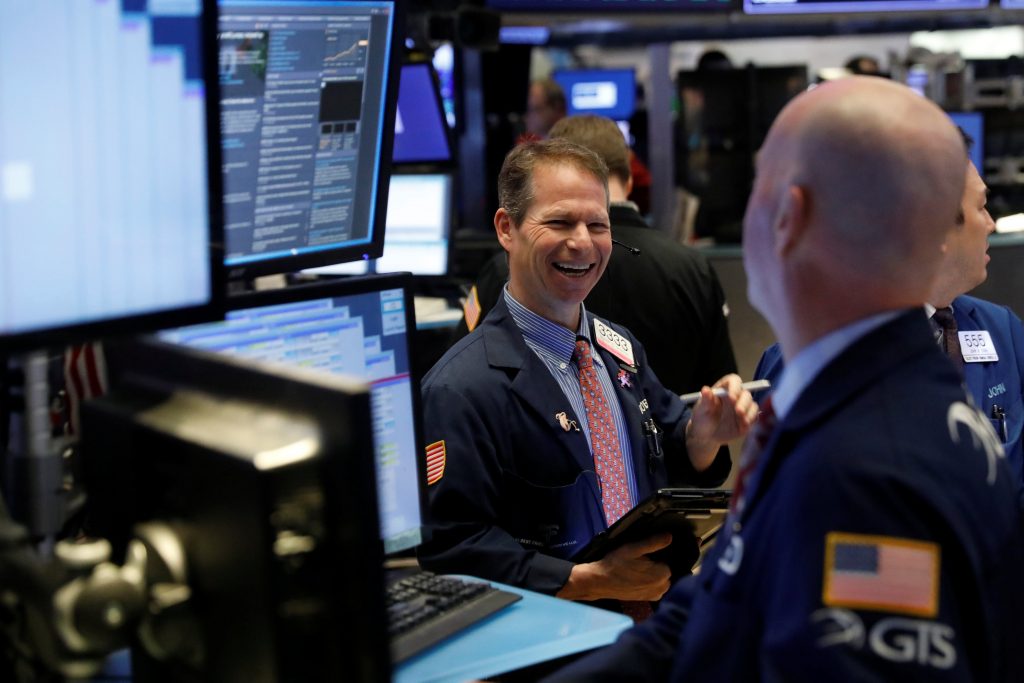 The S&P and the Nasdaq rose on Tuesday as upbeat earnings from Netflix spurred gains for the highly-valued technology sector, while the blue-chip Dow index came under pressure from declines in Johnson & Johnson and Procter & Gamble.

Netflix surged more than 13 percent to a record high of $257.71, crossing $100 billion in market value after the company beat Wall Street targets for new subscribers in the fourth quarter.

The gains also boosted other FAANG stocks — Facebook, Apple, Amazon and Google parent Alphabet — which rose between 1 percent and 1.8 percent.

Insurer Travelers was the biggest gainer on the Dow, rising 4.5 percent after the company’s profit topped estimates.

U.S. President Donald Trump on Monday approved steep import tariffs on washing machines and solar panels, a move that was criticized by China, South Korea and Europe and stoked fears about a potential retaliation.

“We just had the IMF increase the estimate for global economic growth, and they called it widespread. But we need low barriers to trade for all of this to work,” said Mariann Montagne, senior investment analyst and portfolio manager at Gradient Investments.

The International Monetary Fund on Monday revised up its forecast for world economic growth to 3.9 percent in 2018 and 2019, saying U.S. tax cuts were likely to boost investment in the world’s largest economy and help its main trading partners.

Johnson & Johnson fell 4.11 percent, dragged down by a $13.6-billion charge related to the new U.S. tax law and a court ruling on a crucial patent on its blockbuster rheumatoid arthritis drug Remicade.

Procter & Gamble dropped about 3.4 percent as investors focused on a drop in gross margins at the world’s largest consumer goods maker.