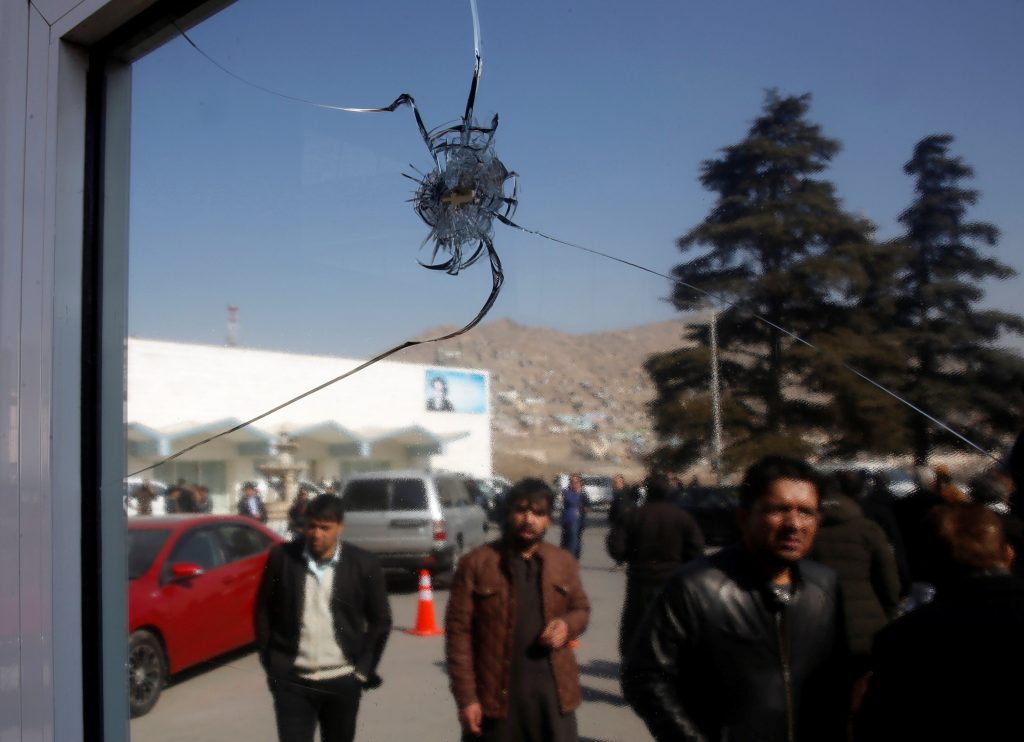 The violent Taliban raid on a high-end hotel guarded by a private company in the Afghan capital has stirred fresh debate about the role of security firms in the violence-plagued county.

Five gunmen dressed in army uniforms made their way through two checkpoints before getting in to the hilltop Hotel Intercontinental on the weekend, where they killed at least 20 people, including 13 foreigners. Many details of what happened remain unclear.

On Tuesday, security officials were meeting in the hotel, as guards of the Kabul Balkh Safety and Security Organisation (KBSS) stood outside, with rifles slung across their chests.

KBSS won the contract to guard the hotel three weeks ago, the government said.

The company’s president, Sayed Rahimi, issued a statement saying it was “too early to come to conclusions as to how this occurred” and expressing condolences to the bereaved.

“We will fully cooperate with the government in the investigation. I don’t have anything else to say,” Rahimi told Reuters when contacted by telephone.

A senior government security official involved in the investigation said the guards had offered little resistance.

“There were 15 guards on duty at the time of the attack and none of them engaged the attackers,” said the official, who declined to be identified as he is not authorized to speak to the media.

“They were either watching the whole thing or hiding.”

At the time, the government said the firms, which were estimated to employ some 40,000 people, were involved in weapons smuggling and shootings.

The ban raised concern in Washington that aid work would suffer as many development projects rely on private security firms for protection.

Exceptions were later made for companies guarding embassies, military installations, and diplomatic residences and personnel. The ban was delayed for companies with existing contracts and doing development jobs.

Most of the companies were operated by Afghans with good government connections and many with foreign partners, often ex-military men.

Merdad Nejrabi, a member of parliament and chairman of its internal security committee, said private security was more of a problem than a help.

“These companies were disbanded for a reason,” Nejrabi told Reuters. “They were involved in arms smuggling, corruption, kidnapping and all that. Now that they have re-emerged, it is very concerning.

“The privatization of security for Kabul, and particularly at important sites, has never been helpful.”

Another critic of the private security firms, Member of Parliament Farhad Sediqi, said the assembly planned to hold a special session to discuss the issue.