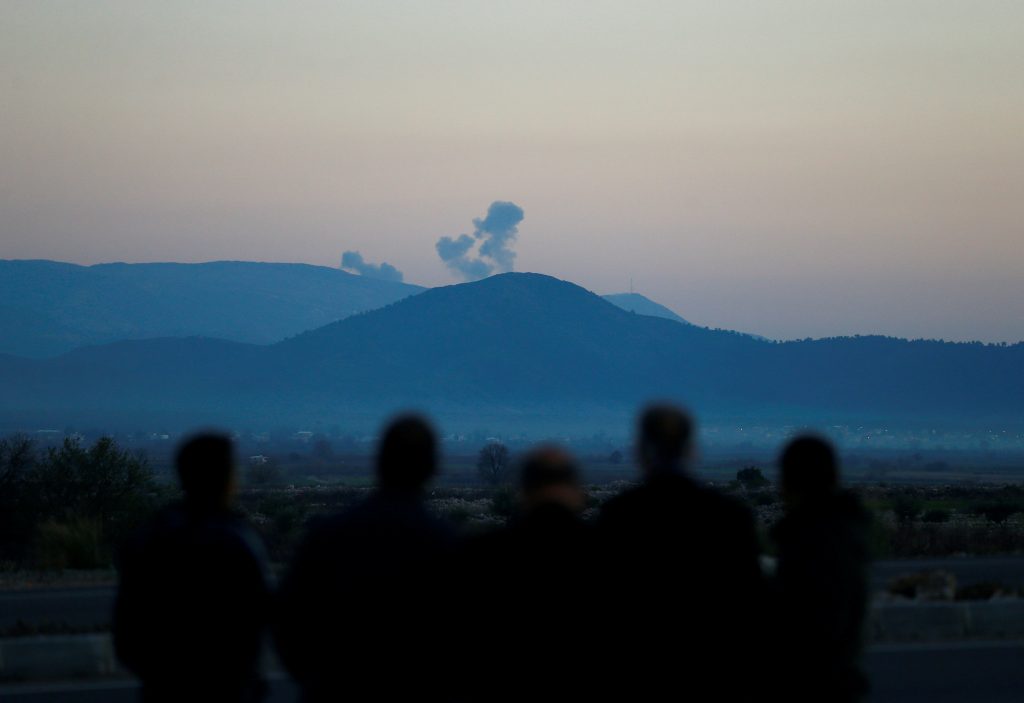 Intense clashes erupted Monday as Turkish troops and their allies advanced on a Kurdish enclave in Syria, the third day of the Ankara offensive aimed at ousting the Kurds from the area, a Kurdish militia and a war monitoring group said.

The U.N. Security Council is convening Monday to discuss the situation in Syria.

In a statement Monday, NATO said it has been in touch with Turkey over the developing offensive. NATO said Turkey has suffered from terrorism and has the right to self-defense but urged Ankara to do so in a “proportionate and measured way.”

NATO also said it has no presence in Syria but that as members of the coalition against Islamic State militants, “our focus is on the defeat” of the extremist group.

The U.S-backed Kurdish militia said it has repelled Turkish troops and their Syrian allies from Shinkal and Adah Manli, two villages they seized a day earlier in Afrin, the northwestern Syrian district that straddles the Turkish border.

Access to Afrin is restricted and it is difficult to independently verify the reported developments.

The Kurdish militia, known as People’s Defense Units or YPG, said it was clashing Monday with the Turkish troops northwest of Afrin.

Turkey considers the YPG a terror organization because of its affiliation to its own Kurdish insurgency. Turkish President Recep Tayyip Erdogan has promised to expand the operation.