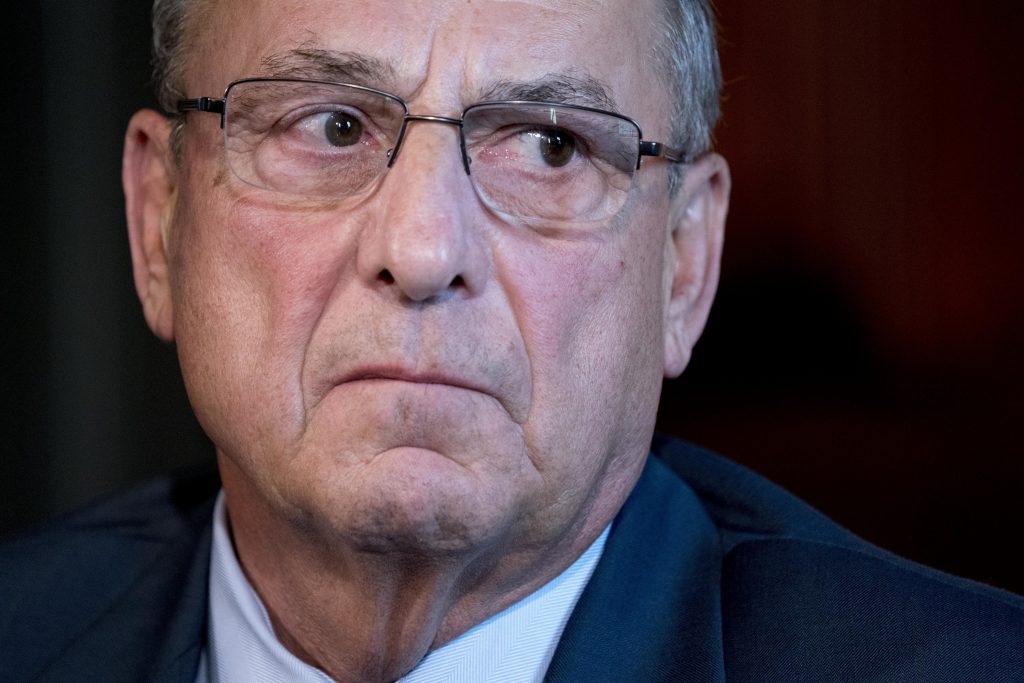 Momentum is building for new food stamp restrictions that would ban the purchase of candy and soda. This week, however, the Trump administration denied a request from the state of Maine that would have placed such restrictions on its food stamp program.

The denial, issued Tuesday, is the first sign that President Donald Trump’s Department of Agriculture may prove no more receptive to so-called “junk food bans” than the previous administration. Now, supporters of such bans are trying to parse the meaning of the rejection.

“It’s hard to tell what they’re going to do,” said Angela Rachidi, a research fellow in poverty studies at the American Enterprise Institute. A more thorough program proposal, she argued, might still get approved.

This was Maine’s second attempt in two years at improving nutrition in the safety net formally known as the Supplemental Nutrition Assistance Program.

First in November 2015, and again this past February, the state requested permission to ban food stamp recipients from using their benefits for candy or sugar-sweetened beverages. Such foods have no nutritive value, the state argued, and probably contribute to high rates of obesity.

“The time has come to stand up to Big Sugar,” Maine Gov. Paul LePage, R, said during a Thursday radio address, “and ensure our federal dollars are supporting healthy food choices for our neediest people.”

But in a letter to Maine’s Department of Health and Human Services, USDA refused the request, citing its own concerns, according to the Portland Press Herald. Among them: additional administrative costs for retailers, difficulties deciding on the exclusion of particular foods and the lack of evidence that such restrictions yield “meaningful health outcomes.”

In its application to USDA, Maine said it would evaluate the ban’s impact on soda and candy purchases but did not propose any specific monitoring of health effects. It is not clear if USDA rejected the request because of this kind of omission or because the administration more generally opposes junk food bans.

“When considering waiver requests, USDA focuses on moving people into self-sufficient lives, protecting the integrity of the program, and improving customer service,” the agency said in a statement. “We don’t want to be in the business of picking winners and losers among food products in the marketplace, or in passing judgment about the relative benefits of individual food products.”

The bans are seen as a way to improve the nutrition of people on public assistance — as well as better target $73 billion in public funds. A 2016 report by the Agriculture Department showed that households on SNAP, much like households that are not on the program, spend heavily on snack foods, desserts and sodas.

“That’s completely inconsistent with the goals of the program,” said Rachidi, who helped draft a now-rejected ban on sugar-sweetened beverage for the food-stamp program in New York. “Soda has no nutritional value. No one can argue that it does.”

But many economists and anti-hunger activists disagree with the junk food ban approach — as do grocery stores and other retailers, who have described the new regulations as an “administrative nightmare.” They have faulted such proposals for imposing a burden on businesses, who would have to update their point-of-sale systems to accommodate the new rules, as well as for stigmatizing low-income shoppers.

The biggest problem, said Diane Schanzenbach, the director of the Institute for Policy Research at Northwestern University, is that no state has yet proposed a junk food ban that could be successfully implemented or evaluated after the fact.

“It’s really hard, even to just define soda — or, G-d forbid, junk food,” she said. “Where do you draw that line? And how do you come up with a rigorous test to gauge effectiveness?”

Maine, at least, is not prepared to give up on those questions. In an email, Julie Rabinowitz, a spokesperson for LePage, said the state planned to “revise and resubmit,” for the third time, its USDA waiver request.

It probably won’t be alone, either. In addition to Maine, New York, Illinois and Minnesota have requested approval to ban junk food or soda from SNAP.

All were rejected, but experts expect more states will make these requests in the future. The power to restrict the foods bought with benefits has long been a demand of the Secretaries’ Innovation Group, an organization representing welfare directors from states with Republican leadership.

In that regard, Rachidi said, the government tangle over food bans has only just begun. She is waiting for the next state request to judge exactly where the Trump administration stands.