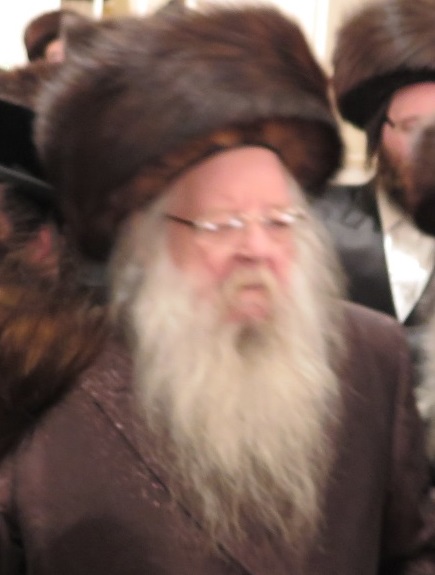 Harav Nochem Meir Paneth, zt”l, Dezher Rebbe and Rav of Khal Zichron Moshe Dehz in Boro Park, was niftar on Monday, 6 Shevat, after a prolonged illness. He was 65 years old.

With a warm heart for every Yid, the Rebbe was renowned for his hachnasas orchim and chessed, and for being a father to his mispallelim and to the many that crossed the threshold of his home. A noted talmid chacham, he maintained a particularly large collection of sefarim, spending many hours immersed in learning.

“It didn’t matter who you were, a Rebbishe kind or a simple Jew, he had a warm feeling for every Yid, a real ish hachessed,” one relative told Hamodia.

Rav Paneth was born in 1949 and spent his early years on Manhattan’s Lower East Side. His father, Harav Moshe, zy”a, was the youngest son of the Knesses Yechezkel of Dehz, zy”a. Before the Second World War, Rav Moshe led a large beis medrash in the town of Czernowitz, then part of Romania and currently in Ukraine, and was known as a poel yeshuos.

After losing his family in the Holocaust, Rav Moshe remarried Eidel Moskowitz, the daughter of the Shotzer Rebbe, Harav Moshe Leib Moskowitz, zy”a. He would eventually establish a Dehzer beis medrash in the Mill Basin section of Brooklyn, which he led for several years.

The name “Nochum Meir” was given by the Vizhnitzer Rebbe, Harav Chaim Meir Hager, zy”a, who was in America at the time and was honored with krias shem at the bris.

He would go on to receive shimush in psak Halachah from his cousin, the Voideslover Rav, Harav Yissacher Ber Rottenberg, zt”l.

After his father’s untimely petirah, Harav Nochem Meir took over leadership of the Dehzer beis medrash, despite the fact that he himself was still a bachur at the time.

In 1970, the Rebbe married Chava Rutner, the daughter of Reb Mendel Rutner, z”l, also a descendant of the Dehzer dynasty. The family lived in Mill Basin before relocating the shul, first to Flatbush and, eventually, to Boro Park. There, he carried on the mesorah of the Rebbes of Dehz with the wealth of traditions that he had received from his own father.

The Rebbe’s home was open to all in need of a kind word, a warm meal, or a bed to sleep in. He and, tbc”l, his Rebbetzin, spent countless hours attending to the needs of their many guests. No task was too lowly, no condition too difficult for him to fulfill the mitzvah of hachnasas orchim, often preparing meals and beds for the many who came to avail themselves of the Paneth’s hospitality.

One Rosh Hashanah, a guest came with a serious infection on his foot. Realizing what needed to be done to ensure that the man should not endanger his already fragile health, the Rebbe brought a basin of water and personally cleaned out the guest’s ailing limb.

The Rebbe had been in declining health in recent years and was niftar early Monday morning. The levayah was held at his beis medrash, Khal Zichron Moshe. Kevurah took place in the chelkas haAdmorim of the Wellwood Cemetery.