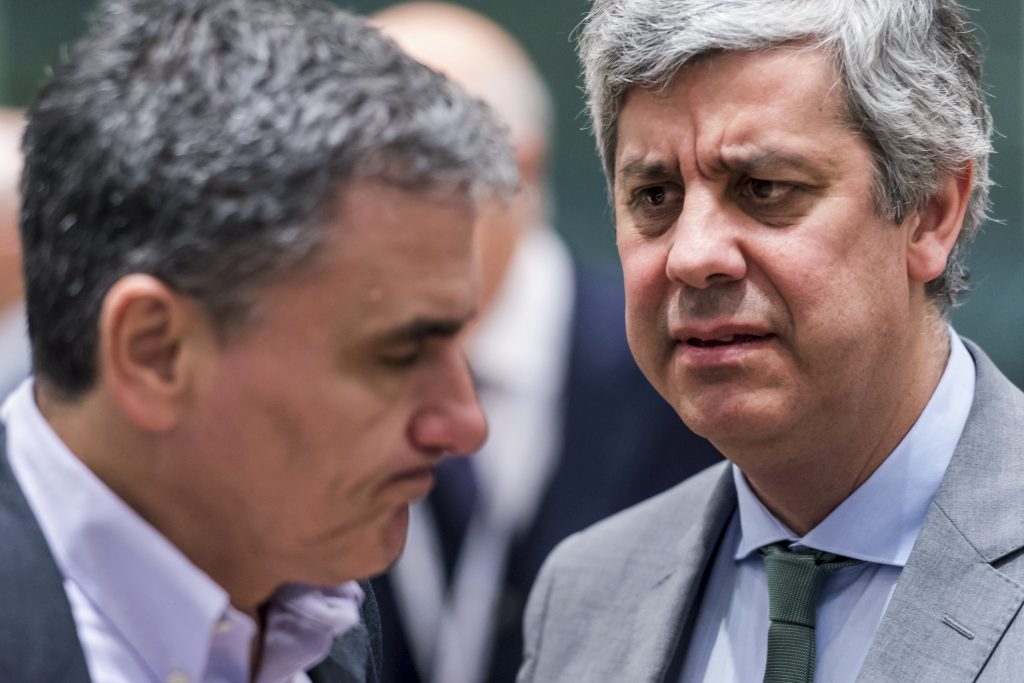 Greece has neared a key milestone in its financial-crisis history, as its creditors started discussing better repayment terms for its bailout loans and a smooth withdrawal of the lifeline keeping the country afloat since 2010.

Euro-area finance ministers meeting in Brussels tentatively signed off on the latest set of economic overhauls the Greek government legislated, and agreed to disburse 6.7 billion euros ($8.2 billion) in aid starting February. Still, as some of the terms attached to the latest bailout review remain to be completed, the ministers called on Greece to complete outstanding reforms “as a matter of urgency.”

“We have achieved a political agreement on the third review of the ESM program,” said Portuguese Finance Minister Mario Centeno, who presides over the Eurogroup meeting with his counterparts. “This reflects the huge effort and excellent cooperation between the Greek government and the institutions.”

The next slice of concessional loans from the euro area’s crisis-fighting fund will help Athens pay its debt obligations, clear arrears to domestic suppliers and build up a cash buffer after the completion of its 86-billion-euro bailout. It will also further boost investor confidence, paving the way for an imminent bond sale, as the government seeks to prove it has regained full market access ahead of the expiry of its bailout in August.

A key question that looms, however, is what kind of arrangement the country will enter into once it exits its bailout. Greece currently owes its European peers 224 billion euros, an amount that underpins its creditors’ desire to keep a close eye on the country even after it leaves their direct oversight.

The mechanics of such a surveillance mechanism as well as the type and extent of debt relief Greece will receive at the end of its bailout are set to dominate discussions between the indebted state and its creditors over the next six months.

In a joint statement, the ministers confirmed the start of technical work on a so-called growth-adjustment mechanism as part of medium-term debt relief measures to be taken at the end of the bailout, if deemed necessary.

The question of what kind of debt relief Greece will receive is closely interlinked with the arrangement it will have with its creditors in terms of oversight once its program expires.

Euro-area countries that received emergency loans such as Ireland or Portugal have entered a regime called post-program surveillance, whereby their finances remain under closer scrutiny and subject to semi-annual economic and financial assessments until they repay at least 75 percent of the aid they received. But in Greece’s case, both the sheer size of the country’s debt, the likely extra relief it will get and its history with following through with reforms means Athens is set to face much tighter scrutiny than other bailout countries.

An analysis of the sustainability of Greece’s debt, drawn up by the European Commission ahead of a Jan. 19 call of euro-area finance ministry deputies and obtained by Bloomberg, foresees a worse trajectory for the country’s debt than what was expected a few months ago. According to the commission’s baseline scenario, Greece’s debt-to-GDP ratio is expected to reach 181.1 percent in 2017, 165 percent in 2020, 127.2 percent in 2030 and 96.4 percent in 2060, forecasts that are slightly higher than what was projected at the end of the last review in June.

The slightly worse debt trajectory underscores the likelihood that a final debt-sustainability analysis at the end of Greece’s program will confirm the need for further re-profiling of Greece loans, especially if economic growth lags.

What’s more, in its analysis the commission raises questions about whether the foreseen size of Greece’s cash buffer should be reassessed, with the planned 10.2 billion-euro cushion only covering financing needs of less than 10 months following the end of Greece’s bailout — an amount that could increase with future market issuances and progress in cash management reform.

In an effort to convince its creditors of its commitment to reforming its economy, the Greek government is willing to make its own list of overhauls that it will push through after the end of its bailout, with the technical support of its lenders. By doing so, the country aims to show that it intends to stick to its reform path in order to ensure that both creditors and investors that there will be no backtracking of what has been done until now.

Another post-program option would be for Greece to get a precautionary credit line from the euro-area bailout fund. This would mean the country would remain under equally close oversight by its creditors but without receiving any further loans. But EU officials say that while there could be interest from the euro area to such an arrangement, the Greek government would need to ask for the credit line first, an outcome that seems unlikely as Athens remains eager to free itself from its almost eight-year-long creditor oversight.