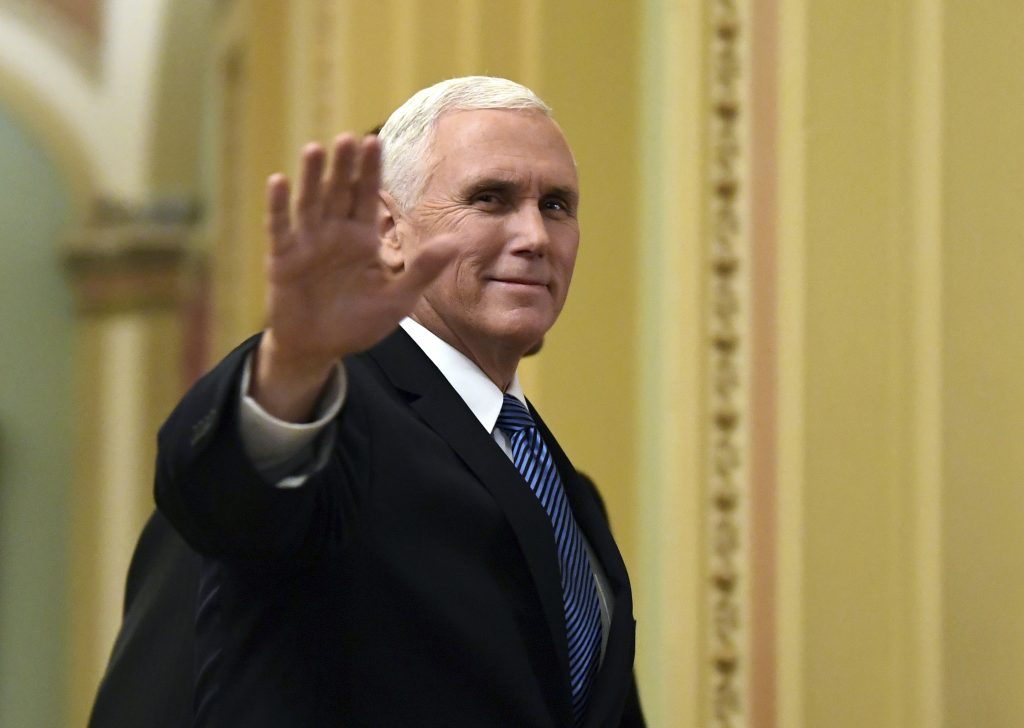 Thousands of police officers, Border Patrol officers and police volunteers will be on duty beginning Sunday in order to ensure that the visit of U.S. Vice President Mike Pence goes off without a hitch. Pence will be arriving Sunday evening after a visit to Egypt. Police will be spread out throughout the route that Pence will take from Ben Gurion Airport to Yerushalayim Sunday evening, with the roads Pence will be traveling on, including Highway One, the main road into the city, closed to all traffic as Pence is whisked to Yerushalayim.

Police said that drivers could expect major disruptions over the next several days as Pence visits various sites, including the Kosel, the Old City, Yad Vashem and the Knesset. Pence will be staying at the King David Hotel, with King David Street, where the hotel is located, closed to vehicular traffic for the duration of Pence’s stay.

Pence will not be meeting with Palestinian Authority officials, who have declined to host Pence in Ramallah over the recent announcement by President Donald Trump that the U.S. recognizes Yerushalayim as Israel’s capital. The PA will be on strike on Tuesday, with all stores, businesses and schools closed, as mass rallies against Pence and the U.S. position are held.

In a statement, Hamas said that “the American vice president’s visit to the region is not welcomed. There is no justification to meet with Mike Pence at any level, especially after his recent statements in which he totally dismissed Jerusalem and recognized it as an eternal capital of the Israeli Occupation. Hamas is keen to foil all the American and Israeli schemes that target the Palestinian people’s rights and calls upon all pro-Palestinian nations and groups to continue their efforts to express their opposition to the American interference in the region and the American-Israeli plots.”