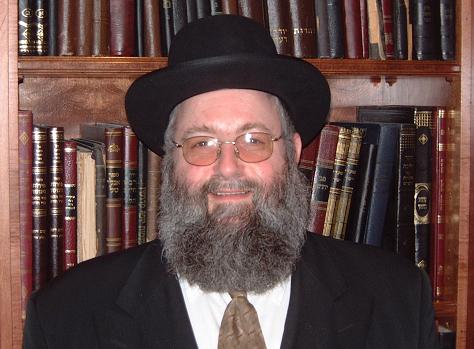 Rabbi Zushe Yosef Blech, z”l, widely recognized as one of the world’s leading experts on kashrus issues in modern food production and technology, was niftar suddenly on Erev Shabbos, 3 Shevat. He was 64 years old.

For decades, Rabbi Blech traveled tirelessly to factories, laboratories and other sites associated with the increasingly complex process of food production in an effort to gain a thorough understanding of the physical realities of the items in question, reporting his findings to several major kashrus organizations. A prolific writer, he produced many articles on a diverse range of contemporary issues facing the kashrus supervision industry.

For roughly 15 years, while living in Chicago, Rabbi Blech served as the Orthodox Union’s (OU) Mid-West Regional Director. Rabbi Moshe Elefant, COO of the OU’s kashrus division, said that his contribution filled a unique place in their shared profession.

“His petirah leaves a huge void in the world of kashrus,” Rabbi Elefant told Hamodia. “He was very dedicated and was constantly traveling the world, going from factory to factory, and he wouldn’t leave until he felt he totally understood the metzius of what was going on there. In Shamayim they are probably counting the hours he spent on airplanes for the sake of kashrus.”

Rabbi Elefant recalled a visit he and Rabbi Blech made, many years ago, to a plant in Indiana that produced synthetic enzymes. There, Rabbi Blech educated factory employees and kashrus supervisors alike on the science of enzyme production as well as the complex halachos involved.

Based on the knowledge gained from his frequent travels and visits, Rabbi Blech produced detailed reports for kashrus organizations on his findings, which were highly valued by the Rabbanim charged with determining psak and policy for their own hechsheirim.

In his younger years, young Zushe (then known as Sheldon) attended the Hebrew Academy of Washington before moving on to Yeshivas Ner Yisroel, where he remained for many years, eventually receiving semichah from the Rosh Yeshivah, Harav Yaakov Yitzchok Ruderman, zt”l.

Those in the yeshivah during the same period recalled that Reb Zushe became quickly distinguished, not only for his brilliant and probing mind, but as one of the beis medrash’s most diligent masmidim.

Not one to be satisfied with a superficial understanding of matters, he spent hours poring over sefarim and would not leave until he felt he had mastered the sugyos. His diligence would continue even as his involvement in kashrus began to make heavy demands on his time. And it is said that he completed Shas many times over.

For several years, he served as a Rebbi in the Yeshivah High School of Washington, a forerunner of what is today the Yeshivah Gedolah of Greater Washington. Despite the breadth and depth of knowledge of Shas and poskim that he had amassed by that time, he was simply known by the unassuming title of “Mr. Blech.”

After his marriage to Vittie Yudkovsky, the couple settled in Chicago, were they remained for several years. It was during this period, mostly while working for the OU, that Rabbi Blech began to develop his unique reputation as a master of the science and emerging technologies that were quickly changing the field of kashrus supervision.

With his brilliant mind and sincere commitment to the quality of kashrus, Rabbi Blech threw himself into the task of researching new processes affecting foods. He was confident in his conclusions but, with his signature pleasantness and derech eretz, was noted for accepting the opinions of other Rabbanim, even when they ran contrary to the opinions his research had produced.

Rabbi Tzvi Rosen, editor of the Star-K’s quarterly journal, Kashrus Kurrents, knew Rabbi Blech since their days growing up in Washington and continued to share a bond with him when they both worked in the field of kashrus.

“He stood out as one of the very few people who had command of the sugyos and halachos involved, a sophisticated amalgamation of what was going on in the production side, and who was able to put it all into writing with erudition and eloquence,” he said.

“He was highly respected by everyone in the field; many chassidishe hashgachos as well often consulted with him on technical matters and his opinions always carried great weight with Rabbanim.”

Rabbi Blech rarely accepted extra payment for his trips abroad to investigate production issues, saying that the opportunity to use his knowledge to help the world of kashrus and to work closely with talmidei chachamim was reward enough.

After leaving Chicago, the Blechs relocated to Monsey and, most recently, Baltimore. Throughout his career, Rabbi Blech held several supervising and advisory positions in several kashrus organizations. He wrote countless articles for a host of journals, covering emerging issues affecting kashrus, and lectured widely.

His magnum opus, Kosher Food Production, is a high-level but accessible handbook of kashrus and the complex issues involved in maintaining high standards of supervision amid the challenges of modern production methods. It graces not only the collections of many Jewish homes and shuls, but is found in university libraries across the country.

Rabbi Blech was niftar suddenly, shortly before Shabbos. The levayah and kevurah were held at the Agudas Yisrael cemetery in Baltimore on Sunday afternoon.